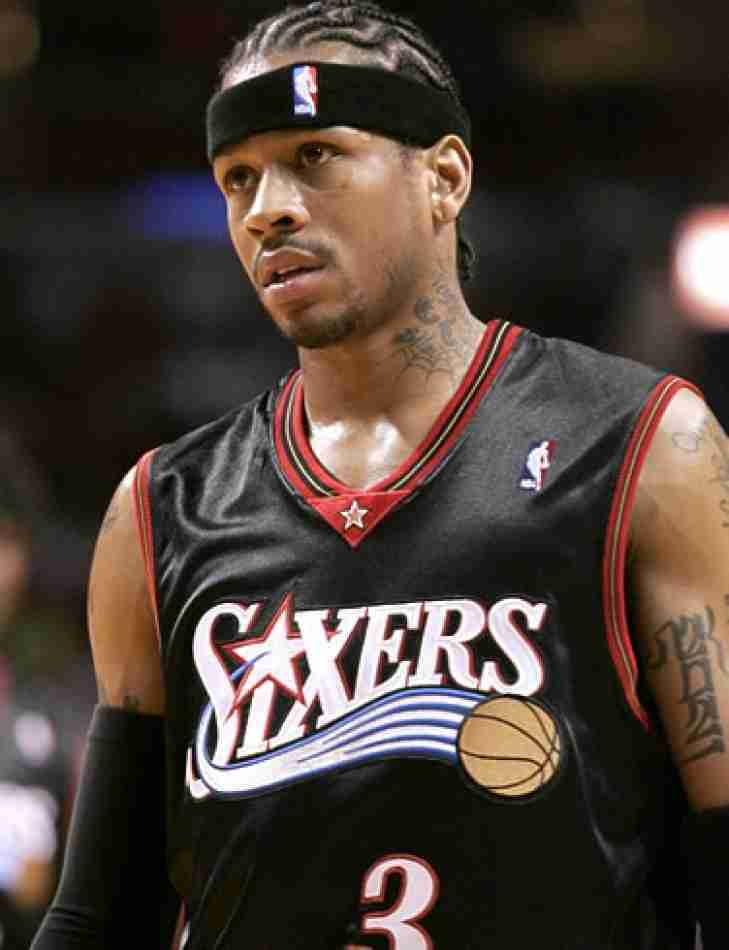 05 Jul
2015
Not in Hall of Fame
While we know that the Basketball Hall of Fame is the most convoluted of the big four of North American sports, we have noticed that based on our Analytics and feedback, more of you seem to be interested in the sport’s hall.

Saying that, we here at Notinhalloffame.com are very excited to unveil the next ranking for the Basketball list culminating in the 100 who we feel should be considered for the 2016 Basketball Hall of Fame induction ceremony.  This was created based on your votes, new eligible players and the removal of those who got in.


To recap, the Basketball Hall of Fame chose four players from our list last year, in a class headlined by our number one selection, Dikembe Mutombo, who got in on his first year on the ballot.  Spencer Heywood (ranked #3), JoJo White (#12) and Louie Dampier (#48) were also chosen.

This year another first ballot entry cracks the top of the list, though dare we say it is also the most controversial.

“The Answer” to who is now atop of the Notinhalloffame.com Basketball rankings is Allen Iverson, the enigmatic four time scoring champion who lifted the 76ers on his back to an NBA Final.  Iverson is also a two time steals champion and a three time First Team All NBA selection.  Statistically, Iverson is Hall of Fame worthy by all accounts, but could his controversial off court antics keep him out?  It’s possible that this could happen, but if it does it won’t be for long.

Chris Webber returns at #2.  Webber had a stellar pro career but is remembered by many for the non-timeout he called while a member of the Michigan Wolverines in his final NCAA game.  The fact that he was banned from the NCAA following a booster scandal probably explains why he has never been once named at least a Finalist for the Hall.  We are hoping that the Hall gets over that and at the very least considers him Finalist material this upcoming year. Two years ago, we ranked Webber at number one.

At #3 is Jack Sikma, who moves up one spot.  Sikma is a former NBA Champion with the Seattle SuperSonics and a seven time All Star.

Coming in at #4 is Sidney Moncreif, who also moved up one spot.  The former Milwaukee Buck is a former two time NBA Defensive Player of the Year.

At #5 is Mark Aguirre.  The Small Forward was a three time All Star and a two time NBA Champion with the Detroit Pistons.

The #6 ranks belongs to Max Zaslofsky.  The late 1940’s star and four time First Team All NBA Selection moves up two spots and has climbed our ranking since our site’s inception.

Our #7 selection is former six time All Star and Seattle SuperSonic, Shawn Kemp.  Kemp moved up three spots this year.

At #8 is Tim Hardaway, a former Finalist.  Hardaway moved up three spots and has gained traction every year on our list.

The #9 position is held by Buck Williams, a former NBA Rookie of the Year and defensive specialist.  Williams fell from #7 from the previous year and is a former three time All Star.

Rounding out the top ten is Kevin Johnson.  “K.J.” is the current Mayor of Sacramento and a former three time All Star.  Johnson was ranked at #13 last year.

There are other additions to the Notinhalloffame.com Basketball list this year.

Michael Finley enters our list at #55.  This is his first year of eligibility.  The back end of our list needed to be completed, and old time players, Larry Costello and Carl Braun enter at #99 and #100 respectively.

Gang, you know what we want you to do!

Take a look at the new entries and cast a vote and give us your opinions!  If you haven’t voted or done so on the previous basketball entries, we encourage you to do so.

As always, we here at Notinhalloffame.com thank you all for your support!