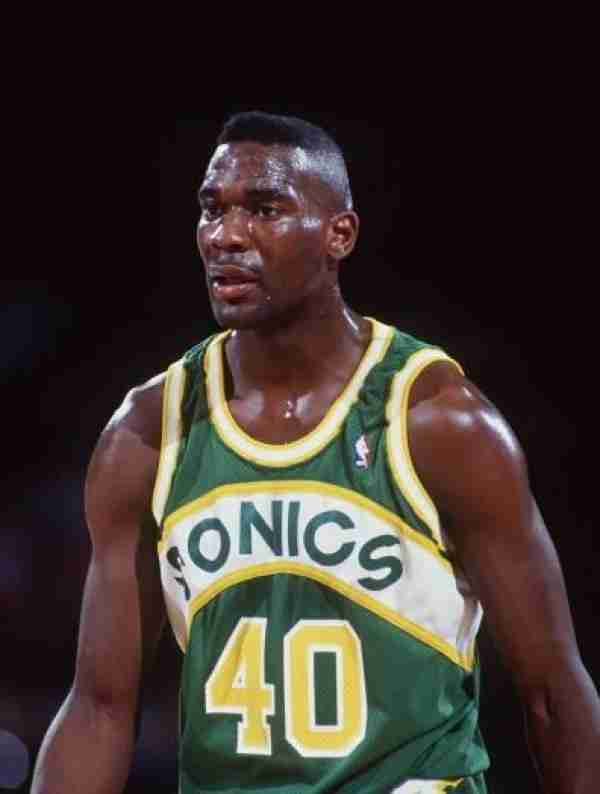 Should Shawn Kemp be in the Hall of Fame?

Should Shawn Kemp be in the Hall of Fame?

I just would like to say that:
- he was the leader of the Supersonics while they had a few years over 60 victories during the jordan era...
- I say he was the leader (over Payton over those years, no offense) and to prove it, he was the best player by far during the finals 96 against the best team EVER (72 victories). They would have won the NBA finals any other year in the history of the game.
- not only a good scorer, dunker, he was one of the best passer among big men,
- do not forget he was one of the first to become a very good player out of high school when it was still a "Men's league",
- he was perhaps, the most athletic big man in the history (for his combination of speed, agility, and leap)
- maybe we should ask people who played with him (GP) or against him if he would deserve it
- if Ralph Sampson is in the hall of fame, then he totally deserves it

I believe the reasons why he is not there (yet) are:
- losing in the 1st round of the playoffs against Denver (but the Mavs lost against the warriors and Dirk will be in the HOF)
- his off the court stuff
- no titles (but hey, who would have beat the best team in the history)
Quote
Refresh comments list
RSS feed for comments to this post