We have added more names to our 2025 and 2026 Football Futures Section. 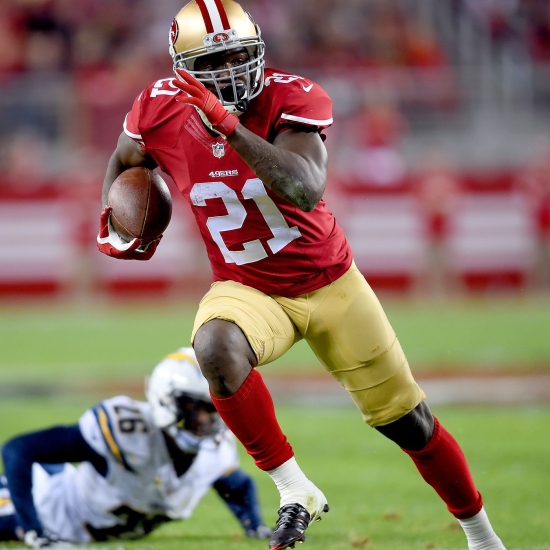 In the world of Pro Football, retirements often trickle through many months, sometimes years after a player last appears in an NFL game.  This means that we are constantly adding players, even potential first ballot Hall of Famers to our futures.

Clay Matthews III:  The third generation of the Matthews clan, was an excellent Linebacker who played most of his career with Green Bay.  A six-time Linebacker, Matthews won the PFWA Defensive Player of the Year in 2010, and owns a Super Bowl Ring.

Delanie Walker:  Walker blossomed late in his career as a Tight End when he was with the Tennessee Titans, where he went to three Pro Bowls.

Earl Thomas:  Thomas had a great run with the Seattle Seahawks where he won a Super Bowl while earning seven Pro Bowls at Safety.  A three-time First Team All-Pro and two-time Second Team All-Pro, Thomas’ career imploded with the Baltimore Ravens, and his stature within the football community took a pounding that could cost him a Hall of Fame bust.

Eric Reid:  Reid is best known for his solidarity in kneeling with Colin Kaepernick, but the Safety was a Pro Bowl Selection in 2013.

Marcell Dareus:  Dareus won a National Championship in Alabama, and the Defensive Tackle would later go to Pro Bowls when he played for the Bills.

Reshad Jones:  Jones played his entire career with Miami where he went to two Pro Bowls.  The Safety also had three 100 Tackle seasons.

Terrell Suggs:  Suggs was a member of Baltimore’s two Super Bowl winning teams, and he was also named the Defensive Player of the Year in 2011.  A seven-time Pro Bowl and one-time First Team All-Pro, Suggs had 139 Sacks and is the current all-time leader in Tackles for Loss with 202.

Vontaze Burfict:  Burfict was a controversial figure over his career, which was largely spent in Cincinnati.  The Linebacker went to the Pro Bowl in 2013.

Dontari Poe:  Poe had a nice career as a Defensive Tackle/Nose Tackle in the NFL, where he went to two Pro Bowls as a Kansas City Chief.

Frank Gore:  The five-time Pro Bowl Running Back compiled 16,000 Rushing Yards, which places him third all-time.  Gore is also currently four in Yards from Scrimmage (19,985), fifth in All-Purpose Yards19,992) and twenty-third in Touchdowns (100).

Golden Tate:  Tate was a Pro Bowler in 2014, with the Wide Receiver also winning a Super Bowl as a Seahawk.

L.P. Ladoucer:  Ladoucer went to the 2014 Pro Bowl, and the Long Snapper was a career Dallas Cowboy.

Larry Fitzgerald:  Fitzgerald was an Arizona Cardinal for his entire pro career, and is second all-time in Receptions (1,432) and Receiving Yards (17,492).  A Pro Bowl Selection three times, the Wide Receiver had 121 Touchdowns, sixth most ever.

Mitchell Schwartz:  A Right Guard who had his best years with Kansas City, Schwartz was a one-time First Team and three-time Second Team All-Pro.  He has a Super Bowl Ring with the Chiefs.

Richie Incognito:  Incognito has a controversial career, but the Offensive Lineman was still a four-time Pro Bowler.

Stephen Gostkowski:  The Place Kicker who replaced Adam Vinatieri in New England had a great career himself, as he won three Super Bowls and was an All-Decade player.

Todd Gurley:  At one time, Gurley was considered one of the best Running Backs, and he was named the 2017 AP Offensive Player of the Year.  He had three Pro Bowls over his career.

We will be presenting the 2027 Football Futures shortly.

As always, we here at Notinhalloffame.com would like to thank you for your support.

More in this category: « Nickelback to enter the Canadian Music Hall of Fame Our 2027 Football Futures section is now up! »