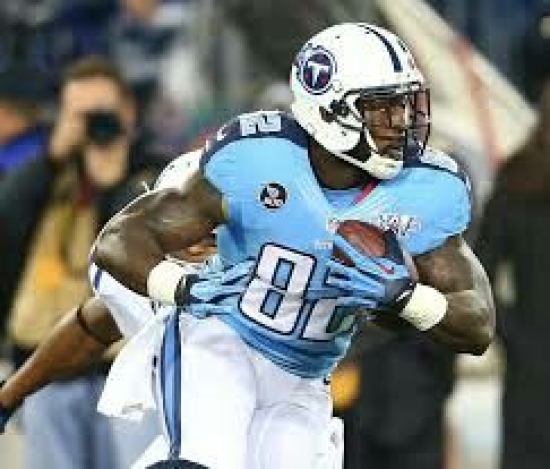 Delanie Walker was one of the best offensive players in Central Missouri State history, and he became one of the rare players from the school to be drafted, when San Francisco chose him in the Sixth Round in 2006.

The Niners used him at Fullback, Tight End and as a Gunner, and he his versatility gave him the “Swiss Army Knife” nickname.  While he showcased value for San Francisco, he settled in a Tight End role with the Tennessee Titans, the team he signed with in 2013.  Walker adopted to being a full-time TE well, going to three straight Pro Bowls from 2015 to 2017, including a 1,088 Yard year in 2015.

Ankle problems derailed Walker early in 2018 and he only played one more year, although sparingly.  He left the game with 5,888 Receiving Yards and 36 Touchdowns from the air.

Should Delanie Walker be in the Hall of Fame?