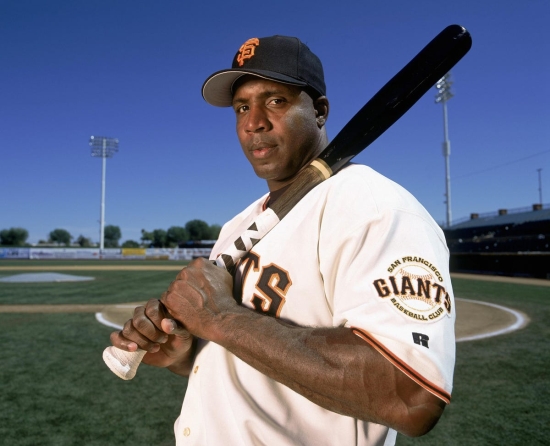 Of the former players nominates, should any of the receive at least 75% of the vote from the 16-member Committee, they will enter Cooperstown!  The Committee will be meeting on December 4.

Albert Belle:  Belle was a five-time All-Star and Silver Slugger and was named by The Sporting News as the Player of the Year in 1995.  He had 381 Home Runs and a lifetime Slugging Percentage of .564.  Ranked #61 on Notinhalloffame.com and was on the ballot for two years, peaking a 7.7% in his first year in 2006.

Roger Clemens:  Clemens has the same level of polarization that Bonds has, only he was a Pitcher.  A seven-time Cy Young winner and 12-time All-Star, Clemens has the World Series Rings (2) that Bonds does not have, and we think it is a safe bet that he will be the last 350-Win Pitcher in Baseball.  Clemens, who also has 4,672 Strikeouts, is also a two-time Major League Player of the Year.  Ranked #2 on Notinhalloffame.com and was on the ballot for ten years, with his highest total coming in 2022, 65.2%, his last year on the ballot.

Don Mattingly:  Arguably the greatest New York Yankee to have never won a World Series Ring in the Bronx, Mattingly won a Batting Title (1985), twice led the AL in Hits, and had a lifetime Batting Average of .307.  He is also a nine-time Gold Glove winner and three-time Silver Slugger.  Ranked #35 on Notinhalloffame.com, “Donnie Baseball” was on the ballot for 15 years with his peak coming in year one (28.2%) in his first year (2001).

Fred McGriff:  The “Crime Dog” is not closely associated with one team, which overall hurts his Hall of Fame chances, nor does the fact that he played in an era with offensively charged First Basemen, hence why he is “only” a five-time All-Star.  McGriff had 493 Home Runs, and had he made 500, would we be having this conversation?  Ranked #27 on Notinhalloffame.com, McGriff was on the ballot for ten years with his highest tally coming in 2019, 39.8%, his last year of eligibility.

Dale Murphy:  Murphy won the National League MVP in both 1983 and 1984, where the seven-time All-Star smacked 398 Home Runs over his career.  Ranked #30 on Notinhalloffame.com, Murphy was on the ballot for 15 years, with his highest tally coming in 2000 (23.2%), Murphy’s second year on the ballot.

Rafael Palmeiro:  Palmeiro is one of only three players who had 3,000 Hits and 500 Home Runs over his career, and he was named the Major League Player of the Year in 1999.  The First Baseman was a four-time All-Star and two-time Silver Slugger, and like others on this list, he is associated with PEDs, though unlike others, he was caught.  Ranked #20 on Notinhalloffame.com, Palmeiro was only on the ballot for four years, with the highwater mark in 2012 (12.5%), his second year of eligibility.

Curt Schilling:  Schilling might be the most contentious former player of this group and think of what that means!  Likely ousted on the regular ballot due to his anti-media stance and right wing beliefs, Schilling failed to make it past the ten years on the ballot, peaking on his penultimate year, 2021 with 71.1%.

We here at Notinhalloffame.com would like to congratulate the former baseball stars who have made it to this stage.