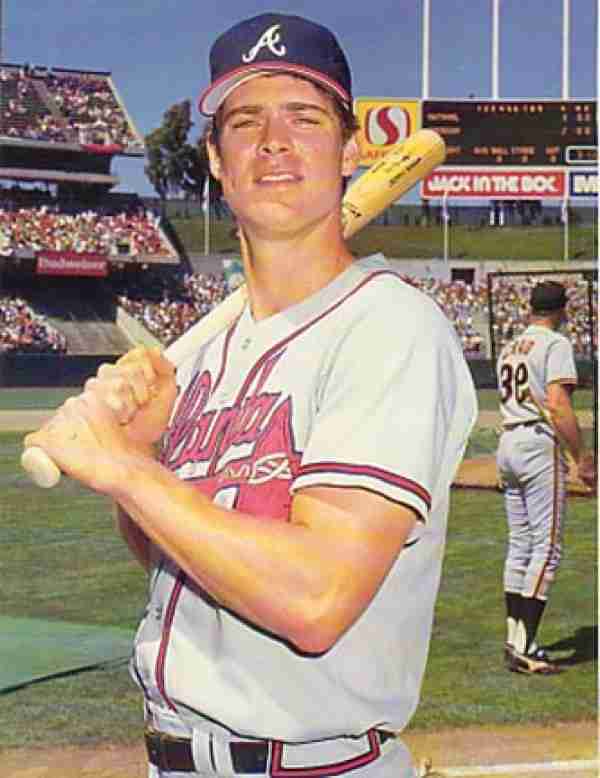 Right now it is hard to imagine a time when the Atlanta Braves were not relevant in the world of Professional Baseball but in the 1980’s frankly Ted Turner’s team wasn’t a spectacular one.  The exception to that rule was Dale Murphy who in his prime drew comparisons to legends such as Mays and DiMaggio.  No really, he did.

For a five year stretch, Dale Murphy was amongst the most feared hitters in the league.  He hit for power, had a decent average and was excellent in the clutch.  In addition, Murphy knew how to handle himself in the field as shown by his five Gold Gloves.  He played every day and was a huge favorite among the Braves faithful.  He was the only Brave at the time that could get National attention and he did so quick his loud bat and quiet demeanor.

Unfortunately for Dale Murphy his offensive numbers seriously took a tumble by the age of 32 and he posted substandard numbers thereafter.  Of course all great players suffer a decline, but as it happened with him earlier than it does with others, he did not post the milestones that stat lovers will point out.  Subsequently, he struck out a lot in his career even during his MVP years.  Had his career tailed off at the age of 34 and he put up a career that added two or three hundred more hits, his stock would greatly improve and his contributions on a bad Braves team might be celebrated more outside of Georgia than they have.

+3 #2 Deaner 2018-05-22 20:58
Murphy also suffered greatly by the inflated stats of other players from the steroid era immediately after his prime years. i.e: in his (consecutive ) MVP years, he had 36 HRs, just 3 and 4 off the MLB leader. Just a few years later if you weren't hitting close to 50 you weren't even in the conversation (and of course 15 years later Sosa/McGwire were chasing 70).
Quote
+2 #1 Darryl Tahirali 2016-07-21 00:36
If the Hall were all about integrity, then Murphy would be in. At least that's what his sons thought when they campaigned on that point in his last year of BBWAA eligibility, which may have been all right had it not have been the same year as Barry Bonds and Roger Clemens, two poster boys for PEDs, debuted on the ballot.

Maybe by 2033 or so the Expansion Era Committee (or whatever it will be called) will have cleared the backlog sufficiently to consider Murphy. I wouldn't bet on it.
Quote
Refresh comments list
RSS feed for comments to this post