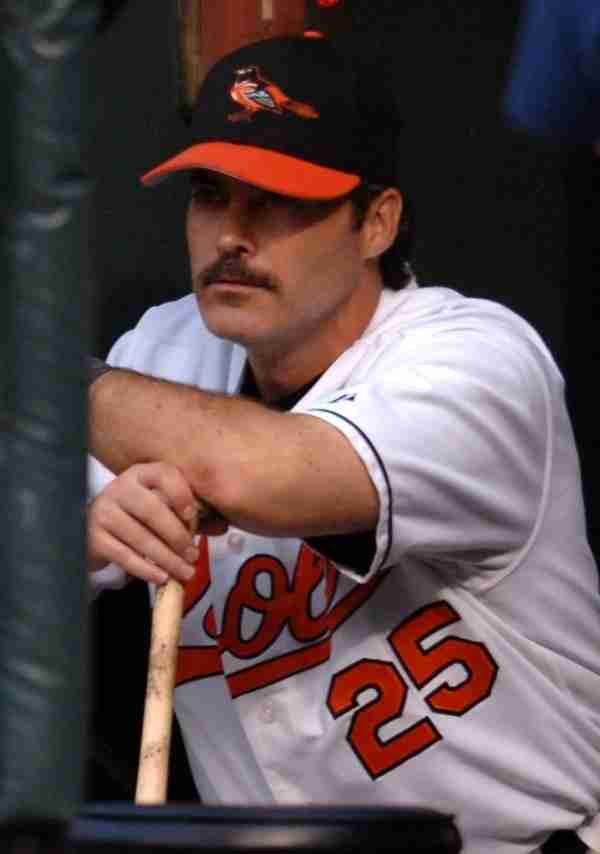 At the time of the infamous steroids trial, Rafael Palmeiro seemed to come off so good.  Of course when you are sitting next to a man who suddenly suffered from amnesia (Mark McGwire), a man who suddenly forgot the English language (Sammy Sosa), and the man who broke the “bro code” (Jose Canseco) a defiant and confident-sounding Rafael Palmeiro could not help but look good.  A few months later, Palmeiro was suspended by Major League Baseball for testing positive for steroids.

Ironically, this could hurt Palmeiro’s chances more than anyone else who testified at Congress.  At that point, he had reached 500 home runs quieter than anyone else ever had and was knocking on the door of 3,000 hits.  Seemingly, anyone else with those numbers would be a celebrated figure beset with endorsements and rabid fans.  Palmeiro had neither as he was playing in the shadow of flashier and more successful power hitters.  As such, he was not regularly in the hunt for MVPs and only appeared in four All-Star games which considering his career numbers was relatively low.  Subsequently, he was rarely with great teams and holds the dubious record of having played the most games without a World Series appearance.

Prior to the steroid stigmatism, Palmeiro had the Hall of Fame locked numbers of 500 Home Runs and 3,000 Hits.  Without the allegations, he may not have even been a lock for first-ballot induction.  With the PED label, a look at his offense showed a huge upswing at age 34.  McGwire may one day be forgiven as might Sosa.  Palmeiro likely won’t.  As unfathomable as it seemed a decade ago, he was almost a one-and-done Hall of Fame candidate, and his years on the ballot fell well short of the maximum, as he fell off after his fourth year.  This could be a sad reality for one of the most consistent offensive performers of his day.

+1 #3 Adam Sarduci 2021-05-14 01:10
Palmeiro is way to low on this list, he has reached two clear bench marks that almost always get you into the HOF, 3000 hits and 500 Hrs and he did this while playing Stellar defense at first winning a handful of golden gloves. He also finish top 10 in Homers 11 times he had a career batting average of almost 290 a career one of over 370. I know his testifying in front of congresses made him out to be an idiot however his play on the field speaks for itself reaching not one but many bench marks that usually shoe ins for the Hall. He should have been a first ballot no brainer in not for his testifying in Congress.
Quote
+1 #2 Gary Incognito 2018-01-30 14:09
He is a Hall Of Fame Level Talent. PERIOD