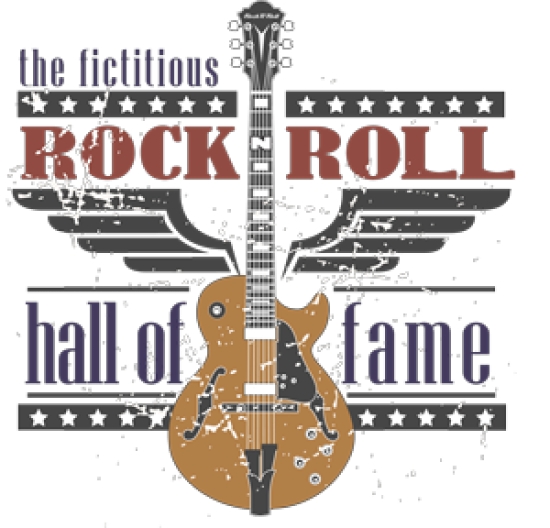 One of our pet projects, the Fictitious Rock and Roll Hall of Fame is pleased to announce the Finalists for the Class of 2021, which will be the 8th full class.

The Fictitious Rock and Roll inductees are: Spinal Tap, The Monkees, The Blues Brothers, Gorillaz, Tenacious D, Dr. Teeth and the Electric Mayhem, Wyld Stallyns, Alvin and the Chipmunks, The Wonders, Bleeding Gums Murphy, Otis Day and the Nights, Stillwater, Josie and the Pussycats, Marvin Berry and the Starlighters, The Rutles, Eddie and the Cruisers, Schroeder and The Archies.

To mix things up, just like or Fictitious Athlete Hall of Fame, we have created a contributor’s section, which saw Dr. Johnny Fever and Wayne Campbell and Garth Algar enter last year.

Alice Bowie (Cheech and Chong):  From the minds of Cheech Marin and Tommy Chong first appeared in the comedy duo’s first film.  They are two-time Finalists.

Bart Simpson (The Simpsons):  Leading a boy band, and also performing on his own when he was part of the Krusty the Clown show, we have heard Bart sing for decades.  Amazingly, he is still ten, and was a Finalist for the first time last year.

Dethklok (Metalocalypse):  Death Metal has its representative, and they are intriguing ones as they were merchandising giants and have feuds withs supernatural beings.  They are previous Finalists.

Figrin D’An and the Modal Nodes (Star Wars):  The house band at the Mos Eisley Cantina was a finalist the last two years.  No band can bounce back after seeing a fatality better than this one.  They have been Finalists three times before.

Gene Frenkle (Saturday Night Live):  If a cowbell virtuoso is Hall of Fame worthy, it is Frenkle, whose signature performance with the Blue Oyster Cult in “Don’t Fear the Reaper” will never be forgotten.

Hannah Montana (Hannah Montana):  Monatna returns to the Semi-Finals, and she was one of the biggest stars in the world, yet lived a double-life as a regular teenager.  Hannah is a three-time Finalist.

Jet Screamer (The Jetsons):  Eep Opp Ork Ah Ah!.  A surpsise Semi-Finalist for the second straight year, Jet Screamer is a teen idol from the future.

Jimmy “B-Rabbit” Smith (8-Mile):  You know, this feels an awful lot like Eminem…. Hmmm.  Anyway, B-Rabbit went from the Detroit trailer park to becoming a rap battle champion.  Maybe this could lead to an Oscar?

Lili Von Shtupp (Blazing Saddles):  We love Mel Brooks, and we are happy that for the first time we have a peripheral candidate in our midst.  Now how do we honor Alex Karras for his portrayal of Mongo?

Lisa Simpson (The Simpsons):  Lisa joins her brother for the first time as a Semi-Finalist, and who could forget when she almost won Krusty the Klown’s L’il Starmaker Competition?  Likely more people than remember Fantasia Barrino.

Moloch (Chips):  Seriously people?  This one-off Gene Simmons wannabe came from a one-off Chips episode in 1982 and was played by Donny Most from Happy Days fame.  Yes, Ralph Malph.

Phoebe Buffay (Friends):  Multi-time Semi-Finalist and coffee shop songstress, Phoebe Buffay, returns, and is this the year that “Smelly Cat” is forever immortalized in our hallowed hall?

Robbie Hart (The Wedding Singer):  Hart’s biggest moment may have been engineered by Billy Idol in an airplane, but we would like to believe that his songs would be crooned by the like of Idol (or more likely a Lisa Loeb type) sometime after he lived happily ever after.

Sadgasm (The Simpsons):  You have to hand it to Homer Simpson, who as a young adult won a Grammy, though when he was even younger, and many years later, was fronting a grunge band.  Does he own a DeLorean?  This is a first time Semi-Finalist.

Sex Bob-omb (Scott Pilgrim Vs the World:  A previous Finalist, Sex Bob-omb went through more tribulations any Toronto-based band that we can think of.

Steel Dragon (Rock Star):  Based off of Judas Priest, we see what happens when a cover band singer gets his opportunity to join the real thing.

The School of Rock (The School of Rock):  Dewey Finn pretended to be a substitute teacher and used his class as a band to perform at the Battle of the Bands.  How did he not get in more trouble?  They are three-time Finalists.

The Soggy Bottom Boys (O Brother, Where Art Thou?):  The only nominees from the pre-rock era comes from escaped convicts in Mississippi.  Throw in the “Crossroads”, and you have one hell of an old school candidate.

Bruce Dickinson (Saturday Night Live):  Dickinson needed more cowbell.  He had a fever for it.  He got it, and the Blue Oyster Cult were forever grateful.  Dickinson was a Finalist last year.

Bucky Dornster (WKRP in Cincinnati):  Dornster only appeared in two episodes, but he was a favorite for his lunch pail union ethos and ability to play softball drunk.

Colonel Homer Simpson (The Simpsons):  Homer is nominated in both categories, here for his discovery and early management of country singer, Lurleen Lumpkin.  He was a Finalist last year.

Curtis (The Blues Brothers):  Had it not been for the mentorship of Curtis, the Blues Brothers would not have become the iconic band that they were.  He was a Finalist last year.

Ray (The Blues Brothers):  Ray was the proprietor of “Ray’s Music Exchange” in Chicago, where the Blues Brothers bought their equipment.  Stop in, and you might see a number break out.

Reverend Cleophus Jones (The Blues Brothers):  Had it not been for the Reverend, would Joliet Jake have known to put the band back together?

Ruby Rhod (The Fifth Element):  If DJs in the future will in fact be like Ruby Rhod, at least we know we will be entertained.

Venus Flytrap (WKRP in Cincinnati):  The nighttime man at WKRP played the windchimes, spoke about astrology and love, and was at the forefront of playing the Quiet Storm.

Wink Wilkison (Little Shop of Horrors):  Wilkison was a host at WSKID, and you may recall his work on “Wink Wilkison’s Weird World”.

When you can, please support our site and cast your vote for the Class of 2022!

More in this category: « We unveil our 2022 Pre-Season Football Hall of Fame Monitor! Our Fictitious Athlete Hall of Fame announces the Semi-Finalists »