Major Announcement: Our Fictitious Rock and Roll Hall of Fame Announces the 2021 Semi-Finalists 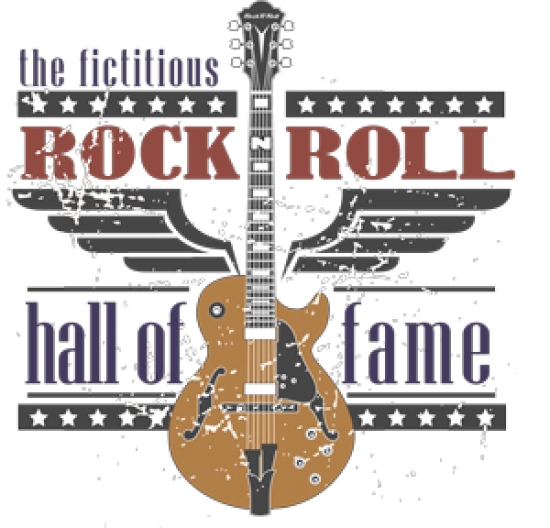 One of our pet projects, the Fictitious Rock and Roll Hall of Fame is pleased to announce the Semi-Finalists for the Class of 2020, which will be the 7th full class.

The Fictitious Rock and Roll Semi-Finalists are: Spinal Tap, The Monkees, The Blues Brothers, Gorillaz, Tenacious D, Dr. Teeth and the Electric Mayhem, Wyld Stallyns, Alvin and the Chipmunks, The Wonders, Bleeding Gums Murphy, Otis Day and the Nights, Stillwater, Josie and the Pussycats, Marvin Berry and the Starlighters and the Rutles.

To mix things up, just like or Fictitious Athlete Hall of Fame, we have created a contributor’s section.

This year’s Fictitious Rock and Roll Semi-Finalists are:

5 Neat Guys (SCTV):  This is the first Semi-Finalist appearance for the throwback group who were…well…neat.

Alice Bowie (Cheech and Chong):  From the minds of Cheech Marin and Tommy Chong first appeared in the comedy duo’s first film.  They have been a Semi-Finalist twice before.

Ally Maine (A Star is Born):  From the nightclub to country stardom to pop superstardon, Ally Maine, seems to be as popular as Lady Gaga.

Axel Steel (Guitar Hero):  Sooner or later, someone from the Guitar Hero world would make it to the Semi-Finals.  Here we are!

Bart Simpson (The Simpsons):  Leading a boy band, and also performing on his own when he was part of the Krusty the Clown show, we have heard Bart sing for decades.  Amazingly, he is still ten.

Buckaroo Banzai and the Hong Kong Cavaliers (The Adventures of Buckaroo Banzai Across the Eighth Dimension):  What couldn’t these renaissance men do?   This is their fourth time reaching the Semi-Finals, and they were Finalists last year.

Big Mountain Fudgecake (King of the Hill):  Fronted by John Redcorn, we think the biggest gig they ever played was in a pizza joint in Arlen, Texas.  This is their first time appearing as Semi-Finalists.

Dethklok (Metalocalypse):  In their realm, this is the most important heavy metal band of all-time.  This is their return to the Semis after missing out last year.

Dogs in Space (Dogs in Space):  The lead singer of this band looks an awful lot like the guy who used to front INXS.  Hmmmm .

Figrin D’An and the Modal Nodes (Star Wars):  The house band at the Mos Eisley Cantina was a finalist the last two years.  No band can bounce back after seeing a fatality better than this one.

Fingerbang (South Park):  We can argue that this is the most successful boy band of all time…from South Park, Colorado.  It was not until they were joined by 30-something Randy Marsh that they really made it “big”…meaning that they played the mall.  This is their first time as a Semi-Finalist.

Ganstalicious (The Boondocks):  The favorite rapper of Riley Freeman, was very successful, very misogynistic and very closeted.  He is a first time Semi-Finalist.

Gene Frenkle (Saturday Night Live):  Frenkle had the cure for more cowbell, and his work with the Blue Oyster Cult can never be forgotten.  He is another first-time Semi-Finalist.

Hannah Montana (Hannah Montana):  Monatna returns to the Semi-Finals, and she was one of the biggest stars in the world, yet lived a double-life as a regular teenager.

Leather Tuscadero (Happy Days):  Do the Fonzie!  This is the secpnd Semi-Finalist appearance for the Milwaukee based rocker from the late 1950s, who was a surprise Finalist last year.

Lurleen Lumpkin (The Simpsons):  Lumpkin was struggling in a country dive before she was rescued by Homer Simpson, who recognized her talent, and took her on the first step to the country stratosphere.

Michigan J. Frog (Looney Toons):  This frog would perform classic showtunes, as long as there was no audience.  He has been a Finalist before.

Nick the Lounge Singer (Saturday Night Live):  If ever there was a lounge act that could crack the doors of the Fictitious Rock Hall, it is Nick.

Randy Watson (Coming to America & Coming 2 America):  With his band, Sexual Chocolate, he was a part of the Black Awareness Event in Queens, New York.  He is a former four-time Semi-Finalist.

Schroeder (Peanuts):  The piano-playing devotee of classic music has been a Semi-Finalist three times before.

The Archies (The Archies):  In 1970, they had a number 1 hit in the “Real World” with “Sugar Sugar”.  They have been Finalists three times before.

The Oreos (A Star Is Born ‘76):  Esther Hoffman sings in the middle of two black women...oreos!  Get it?  Like another character from a film of the same, she bolts into stardom, and a legit hit song comes from it.  This is their first time as a Semi-Finalist.

The Partridge Family (The Partridge Family):  The Southern California family of musicians (except the young kids, who couldn’t do anything) played gigs all over the state in the early 70s and got there on the most amazingly painted bus.  They have been Semi-Finalists four times before.

The School of Rock (The School of Rock):  Dewey Finn pretended to be a substitute teacher and used his class as a band to perform at the Battle of the Bands.  How did he not get in more trouble?  This is their fourth time as a Semi-Finalist.

Alan M. Mayberry (Josie & The Pussycats):  Mayberry was little more than a roadie in terms of what he did for the band, but he was the devoted boyfriend of Josie.  Doesn’t that type of support matter?

Bill & Marty (The Simpsons):  From Springfield’s #1 radio station, KBBL, Bill & Marty is the top morning team in this radio market.  We think.

Bruce Dickinson (Saturday Night Live):  Dickinson needed more cowbell.  He had a fever for it.  He got it, and the Blue Oyster Cult were forever grateful.

Burton Mercer (The Blues Brothers):  He was the cop who wanted to hear the Blues Brothers perform at the Palace Ballroom.  Perhaps, this wasn’t the best performance of his duties.

Colonel Homer Simpson (The Simpsons):  Homer is nominated in both categories, here for his discovery and early management of country singer, Lurleen Lumpkin.

Dr. Johnny Fever (WKRP in Cincinnati):  John Caravella’s career was resurrected when Andy Travis came in and changed the format to rock and roll.  He renamed himself, Dr. Johnny Fever, and he would eventually become the top morning man in the city.

Gideon “G-Man” Graves (Scott Pilgrim Vs the World):  Graves was the seventh evil ex-boyfriend of Ramona Flowers, and the leader of the League of Evil Exes.

Marty Di Bergi (This is Spinal Tap):  Di Bergi is the man whose love of the British band, Spinal Tap, and gave us one of the deepest looks ever at the trials and tribulations of a rock group.

Rufus (Bill & Ted’s Excellent Adventure):  From the future, Rufus provides Bill S. Preston and Ted “Theodore” Logan a time travelling device so that they can learn history and pass their class.  This allowed them to stay together so that they could unite the world with their music.

Unnamed Security Guard (Wayne’s World):  He had one scene, no name, and helped move the plot.

Venus Flytrap (WKRP in Cincinnati):  The greatest hire of Andy Travis’ career at WKRP, was Gordon Sims, who became Venus Flytrap, their nighttime DJ, who told stories of love in between R&B songs.

More in this category: « Major Announcement: Our Fictitious Athlete Hall of Fame Announces the 2021 Semi-Finalists The Middle Tennessee State Athletic Hall of Fame announces the Class of 2021 »