Our Fictitious Athlete Hall of Fame announces the Semi-Finalists 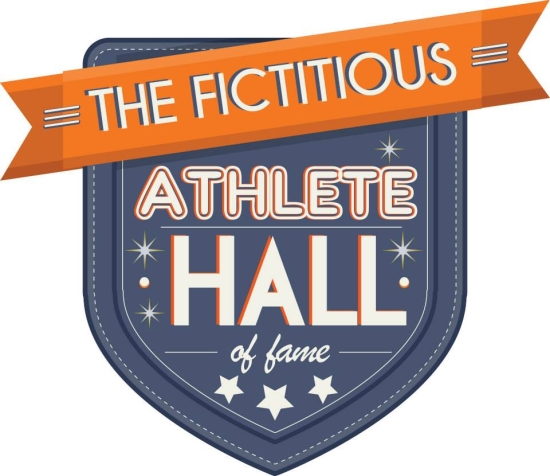 One of our pet projects, the Fictitious Athlete Hall of Fame is pleased to announce the Semi-Finalists for the Class of 2022, which will be the 9th full class.

Adonis Creed (Creed and Creed II, portrayed by Michael B. Jordan).  The son of former World Heavyweight Boxing Champion, Apollo Creed, Adonis became the World Heavyweight Champion himself.  This is the most “recent” Semi-Finalist, he was a Finalist the last two years.

Al Czervik (Caddyshack, portrayed by Rodney Dangerfield).  Czervik is now a two-time Finalist, and his win over the “snobs” at Bushwood Country Club is still golf legend.

“All the Way” Mae Mordabito (A League of Their Own, portrayed by Madonna).  Mordabito played at Centerfield for the Rockford Peaches, and was the team’s leadoff hitter.  She as a Finalist for the first time last year.

Amanda Whurlitzer (The Bad News Bears, portrayed by Tatum O’Neal).  With the exception of the drunken manager, Morris Buttermaker, the Bears have not yielded a Hall of Famer, and we have a returning Semi-Finalist in the female Pitcher, who helped change the fortunes of the hard luck little league team.

Anakain Skywalker (Star Wars: Episode I – The Phantom Menace, portrayed by Jake Lloyd).  The first Star Wars prequel is universally regarded as disappointing, but when Darth Vader was a child, he became the top pod racer on Tattooine.  He is a returning Semi-Finalist, so this clearly matters to you!

Andrew Clark (The Breakfast Club, portrayed by Emilio Estevez).  We never saw Clark wrestle but we know he taped the hairy ass cheeks of a classmate together to earn Saturday detention.  He is now a two-time Semi-Finalist.

“Big Ern” Ernie McCracken (Kingpin, portrayed by Bill Murray).  While he might be unscrumptious, Big Ern was one of the best bowlers ever, and he returns as a multi-time Semi-Finalist.

Billy Hoyle (White Men Can’t Jump, portrayed by Woody Harrelson).  White men actually can jump, but it takes until the end of the movie to do it.  Hoyle was a street ball hustler, and he is Semi-Finalist for the third time.

Bodhi (Point Break, portrayed by Patrick Swayze).  Did any athlete surf off in a more majestic way?  Part criminal and part surfer, Bodhi is a returning Semi-Finalist.

Bugs Bunny (Space Jam).  Was he better with Michael Jordan or LeBron James?  That really isn’t a debate, is it?  The animated rabbit is a returning Semi-Finalist.

Chazz Michael Michaels (Blades of Glory, portrayed by Will Ferrell).  CMM was a star solo figure skater who found a second life as a pair skater with his former adversary.  This is also a former Finalist.

Danny Nonnan (Caddyshack, portrayed by Michael O’Keefe).  Noonan did not get the best lines in the movie, but never forget that it was his putt that won the contest against the Judge.

Dorf (Dorf, Portrayed by Tim Conway).  A diminutive golfer, Dorf had a series of “instructional” videos over the years.  He was a Semi-Finalist three years ago.

Frederick “Ogre” Palowaski (Revenge of the Nerds, portrayed by Donald Gibb).  From Adams College, Ogre was more obsessed with beating up nerds than playing football, although he did eventually join the Tri-Lambs.  How did his pro career go?

Greg Goldberg (The Mighty Ducks Trilogy, portrayed by Shaun Weiss).  Every great hockey dynasty needs a great Goalie.  Goldberg was good enough, and great at the one-liners.  Goldberg was a Finalist for the last two years.

Hamilton Porter (The Sandlot, portrayed by Patrick Renna).  Unlike Benny “The Jet” Rodriguez, who did play in the Major Leagues, Porter never was going to make the Majors, but he was the one with the quickest wit.  Perhaps, he can follow Rodriguez into the Fictitious Athlete Hall.  He is a four-time Semi-Finalist.

Henry Rowengartner (Rookie of the Year, portrayed by Thomas Ian Nicholas).  A freak accident turned the pre-teen Rowengartner into a star Pitcher for the Cubs, but it only took another accident to undo it.  He is a multi-time Semi-Finalist.

Jeff “The Dude” Lebowski (The Big Lebowski, portrayed by Jeff Bridges).  A pot smoking slacker who loves bowling?  Sounds good to us!  The Dude has been a Finalist twice before.

Jesus Shuttlesworth (He Got Game, portrayed by Ray Allen).  A multi-time Semi-Finalist, yet surprisingly never a Finalist, we have perhaps the best and most natural performance by a Basketball player in a film.

Johnny Utah (Point Break, portrayed by Keanu Reeves).  This is the first time that Utah made the Semis, as everyone’s favorite FBI/surfer joins Bodhi as a Semi.  Whoa!!!

Lee (Enter the Dragon, portrayed by Bruce Lee).  Lee qualifies as he participates in what was the most unorganized martial arts tournament in memory.  He is a three-time Finalist.

Paul “Wrecking” Crewe (The Longest Yard: 2005, portrayed by Adam Sandler):  The earlier (and better) version starring Burt Reynolds is already in, but this is a decent film in its own right, and Sandler is believable in the role.  Can Sandler get in a third time?

Pedro Cerrano (Major League, portrayed by Dennis Haysbert):  The voodoo practitioner was a long ball slugger who has been a Finalist before.

Randy “The Ram” Robinson (The Wrestler, portrayed by Mickey Rourke).  Robinson is an aging pro wrestler barely hanging on.  He was a Finalist four years ago.

Ricky Bobby (Talladega Nights: The Ballad of Ricky Bobby, Portrayed by Will Ferrell).  NASCAR legend, Ricky Bobby has been a Finalist three times before.  Since, he never finished first, has he always been last?

Shane Falco (The Replacements: portrayed by Keanu Reeves).  From THE Ohio State, Falco had a second chance in Football with the Washington Sentinels, and he COULD win with that crew of misfits.

Charlie Kenton (Real Steel, portrayed by Hugh Jackman):  Now a two-time Semi-Finalist, we assume you all must really like Wolverine, as Charlie Kenton seems like an unlikely candidate, but here is the former fighter turned robots to train as boxers.

Clyde (Every Which Way but Loose and Any Which Way You Can, portayed by Manis):  Why?  Because every great bare-knuckle prize fighter needs an orangutang as a sidekick.

Coach Klein (The Waterboy, portrayed by Henry Winkler):  Coach Klein was meek and mild but a coaching savant who finally had his chance to shine with defensive stud (and Fictitious Athlete Hall of Fame inductee), Bobby Boucher.  He is a previous Finalist.

Darcy Sears (Varsity Blues, portrayed by Ali Larter):  A three-time Semi-Finalist, Darcy Sears is best known for her whipped cream bikini, and that might be enough for the small town girl looking for a meal ticket out.

George Costanza (Seinfeld, portrayed by Jason Alexander):  Costanza stumbled his way into an executive position with the New York Yankees, and was almost the Assistant GM for the Mets.  Maybe that really did happen?

Hayden Fox (Coach, portrayed by Craig T. Nelson):  Fox is a four-time Finalist and the former Head Coach at Minnesota State, a team he took to the National Championship.

Irv Blitzer (Cool Runnings, played by John Candy):  While there was a Jamaican Bobsled Team at the 1988 Olympics, there was no Irv Blitzer, but in the world of film, he existed, and coached them to respectability in Calgary.  He was a Finalist for the first time last year.

Jerry Maguire (Jerry Maguire, portrayed by Tom Cruise):  The most known sports agent in the fictitious world has been a Finalist three times before, though doesn’t he have only one client?

John Kreese (The Karate Kid & Cobra Kai, portrayed by Martin Kove):  Johnny Lawrence swept the leg, but it was Sensei John Kreese who gave the order.  The evil karate instructor corrupted many a young mind for Valley dominance amongst high school karate students.  Wait, what was his motivation again?

Lacey Underall (Caddyshack, portrayed by Cindy Morgan):  Suck in your gut when you are in the pool when you look at the hottest woman in Bushwood.  Hey, did she even like golf?

Lou Brown (Major League, portrayed by James Gammon):  Brown went from managing the Toledo Mudhens and landed the job as the Cleveland Indians Manager.  He has been a Finalist twice before.

Sonny Weaver Jr (Draft Day, portrayed by Kevin Costner):  Weaver Jr wheeled and dealed his way to the most exciting Draft in NFL history, though we have no idea how any of this panned out.

Terrence Mann (Field of Dreams, portrayed by James Earl Jones):  An important counter-culture writer of the 1960s, Mann is a disaffected baseball fan who travels with Kinsella to his Iowa baseball diamond.  This is his first time as a Finalist.

Frank Capua (Winning):  Capua long dreamt of capturing the checkered flag at the Indianapolis 500, but there are a lot of obstacles in the way to get it.

Greta Muller (One in a Million, portrayed by Sonja Henie):  Muller was an Olympic figure skater, which had to be a stretch for Sonja Henie to play.

Velvet Brown (National Velvet, portrayed by Elizabeth Taylor):  Brown won the steeplechase but sexism of her day meant she had to pretend to be male.

Walter “Kid Galahad” Gulick (Kid Galahad, portrayed by Elvis Presley):  Kid Galahad was a mechanic turned boxer.  Hey, it was better than a lot of the other Elvis films.

More in this category: « Our Fictitious Rock and Roll Hall of Fame announces the Semi-Finalists Our All-Time Top 50 Miami Dolphins have been revised to reflect the 2021 Season. »