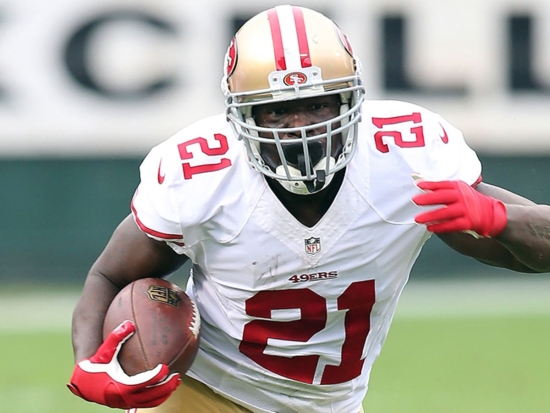 We said this a month ago, but now it is official.  Frank Gore is a retired player, as he signed a one-day contract with the San Francisco 49ers.

A Third Round Pick from Miami (FL), Gore had his best year early in his career with a sophomore effort seeing Gore post career-highs in Rushing Yards (1,695) and Yards From Scrimmage (2,180).  Gore went to his first Pro Bowl that year, and was a Second Team All-Pro.  Over the next eight seasons with the Niners, Gore exceeded 1,000 Rushing Yards in seven of them, and earned four more trips to the Pro Bowl.

Gore leaves the game with an even 16,000 Rushing Yards, which places him second all-time, and his 19,985 Yards From Scrimmage is fourth all-time.

As Gore did not play last season, he is eligible for the Pro Football Hall of Fame in 2026, and conceivably be a first-year inductee.  The stats are there, but a delay could arise, as at no point was, he ever considered the best at his position.

We here at Notinhalloffame.com would like to wish Gore the best in his post-playing career.

More in this category: « Alex Mack Retires The New York Jets name three former players to their Ring of Honor »