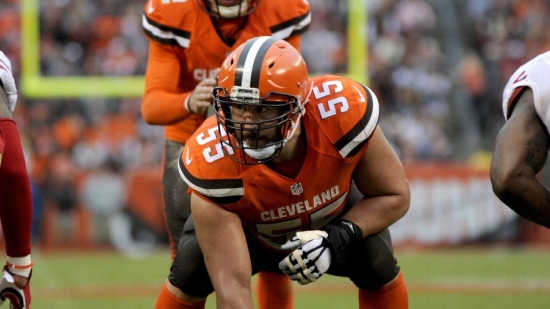 Just minutes after we wrote about Ryan Fitzpatrick retiring, we get word that Alex Mack, Center for the San Francisco 49ers is also retiring.

A two-time Morris winner at California, Mack was a First Round Pick in 2009 (21st Overall) by the Cleveland Browns, and he stepped in immediately under Quarterback and under the learning tree of future Hall of Fame Lineman, Joe Thomas, would make the Pro Bowl in his sophomore season.  A Pro Bowler again in 2013 and 2015, Mack joined the Atlanta Falcons, where he earned three more Pro Bowl Selections, before finishing his career in 2021 as a San Francisco 49er, where he earned Pro Bowl number seven.

Before the 2021 Season, Mack was listed at #50 among active players to consider for the Pro Football Hall of Fame.  He is Canton eligible in 2027, but there is a long line of Centers and Offensive Linemen ahead of him.

We here at Notinhalloffame.com would like to wish Alex Mack the best in his post-playing career.