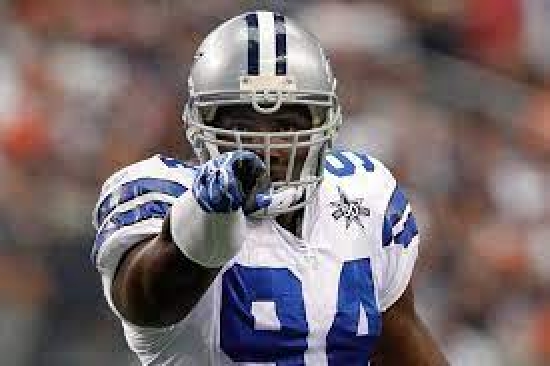 The Finalists pared down from 26 Semi-Finalists, who were chosen from 126 Preliminary Candidates.

Willie Anderson:  Right Tackle: 1996-07 Cincinnati Bengals & 2008 Baltimore Ravens:  Anderson is a three-time First Team All-Pro, four time Pro Bowler, and is a Finalist for the first time after being eligible since 2014.  Ranked #268 on Notinhalloffame.com.

Ronde Barber:  Cornerback/Safety:  1997-12 Tampa Bay Buccaneers.  Barber is a former Super Bowl Champion and was the 2001 leader in Interceptions.  He has over 1,000 Solo Tackles with 47 career Interceptions.  Barber is a Finalist for the second time, and is in his sixth year of eligibility.  Ranked #10 on Notinhalloffame.com.

Tony Boselli:  Tackle: 1995-01 Jacksonville Jaguars & 2002 Houston Texans.  The career of Boselli was short, but he is believed to be the greatest Jaguar of all-time. The Lineman has now been a Finalist for six years in a row.  Ranked #36 on Notinhalloffame.com.

LeRoy Butler: Safety: 1990-01 Green Bay Packers.  Butler had 38 career Interceptions, won a Super Bowl and went to four Pro Bowls over his career.  He is on a five-year streak of Semi-Finalist nods, and he was also a Finalist the last two years.  In terms of gaining momentum over the past three years, Butler is in the upper-tier of the list.  Ranked #69 on Notinhalloffame.com.

Devin Hester:  Wide Receiver/Returner:  2006-16 Chicago Bears. 2014-15 Atlanta Falcons, 2016 Baltimore Ravens & 2016 Seattle Seahawks.  Hester becomes a Finalist on his first year on the ballot, and he was the most feared returner of his day.  A three-time First Team All-Pro, Hester had 14,455 Return Yards and an all-time record 19 Return Touchdowns.  Ranked #103 on Notinhalloffame.com.

Andre Johnson:  Wide Receiver: 2003-16 Houston Texans, 2015 Indianapolis Colts 2016 Tennessee Titans.  Easily the best offensive player in Texans history, Johnson was a two-time leader in Receptions and Receiving Yards, and would amass 14,185 total Receiving Yards and 64 Touchdowns.  Johnson is a two-time First Team All-Pro and seven-time Pro Bowl Selection and is in his first year of eligibility.  Ranked #30 on Notinhalloffame.com.

Sam Mills:  Linebacker: 1986-94 New Orleans Saints & 1995-97 Carolina Panthers.  A five-time Pro Bowler, Mills began his pro career in the USFL.  Mills made it as a Finalist for the first time three years ago, but is in his last year of eligibility.  It is now or never.  Ranked #40 on Notinhalloffame.com.

Patrick Willis:  Linebacker:  2007-14 San Francisco 49ers.  Willis played his entire career with San Francisco, and was a five-time First Team All-Pro Selection, went to seven Pro Bowls, and twice led the NFL in Tackles. He is in his third year of eligibility and is a Finalist for the first time.  Ranked #15 on Notinhalloffame.com.

Bryant Young:  Defensive Tackle:  1994-07 San Francisco 49ers.  Like Willis, Young played his entire career with San Francisco where he won a Super Bowl as a rookie.  He went to four Pro Bowls, was a one-time First Team All-Pro and had 89.5 career Sacks.  Young was a Finalist before in 2020.  Ranked #159 on Notinhalloffame.com.