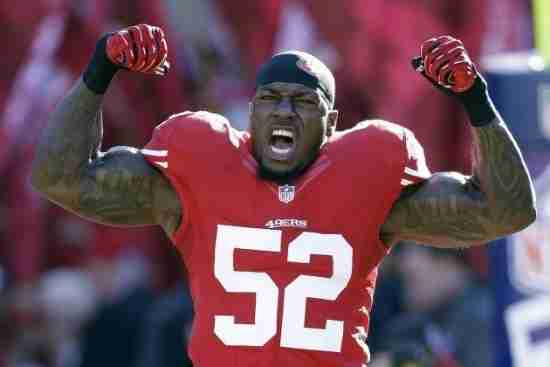 
The Linebacker would become one of the most impressive defensive players of his era and would become a special defensive stalwart in 49ers defensive lore.  Willis led the NFL in tackles in 2007 and 2009 and he was the Defensive Rookie of the Year in '07.   As phenomenal as he was, he only played for eight years, which could hamper his Hall of Fame chances, though brief and powerful careers gave found their way into Canton before.

Should Patrick Willis be in the Hall of Fame?