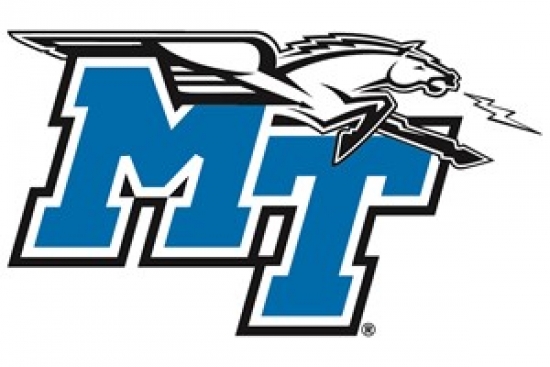 Regular visitors of Notinhalloffame.com know that we are slowly working on the top 50 of every major team in the NHL, NBA, NFL and MLB.  Once that is done, we intend to look at how each team honor their past players, coaches and executives.  As such, it is news to us that Middle Tennessee State has announced six new members of their Hall of Fame.

The Class will be formally introduced on October 2, before their home game against Marshall

Rawley Bishop, Baseball, Class of 2009:  Bishop was a two-time All-Sun Belt Selection and is the school’s all-time leader in RBIs, Runs Scored and Total Bases.  He is also second in Home Runs.

Nathaniel Claybrooks, Football, Class of 1995.  Claybrooks was a First Team All-American in 1995, and was a two-time All-Ohio Valley Conference Selection at Linebacker.  He had 270 career Tackles.

Jason Millard, Golf, Class of 2011.  Millard was a two-time All-American.

Patrick Simpson, Men’s Wrestling, Class of 1979.  Simpson becomes the first Blue Raider to make the MTSU Hall of Fame, and he was also the first to qualify for the NCAA Tournament, which he did in 1979.

Desmond “Boogie” Yates, Men’s Basketball, Class of 2010.  Yates was the first (and to date only) men’s player in school basketball history to be a three-time All-Conference Selection.  Yates is the all-time Blue Raider leader in Points (1,775).

We would like to congratulate the newest members of Middle Tennessee State Athletic Hall of Fame for earning this prestigious honor.

Kirk Buchner, "The Committee Chairman", is the owner and operator of the site.  Kirk can be contacted at [email protected] . Email This email address is being protected from spambots. You need JavaScript enabled to view it.
More in this category: « Major Announcement: Our Fictitious Rock and Roll Hall of Fame Announces the 2021 Semi-Finalists Our All-Time Top 50 Atlanta Hawks have been revised to reflect the last three seasons. »