We have revised our Notinhalloffame Basketball List. Major changes! 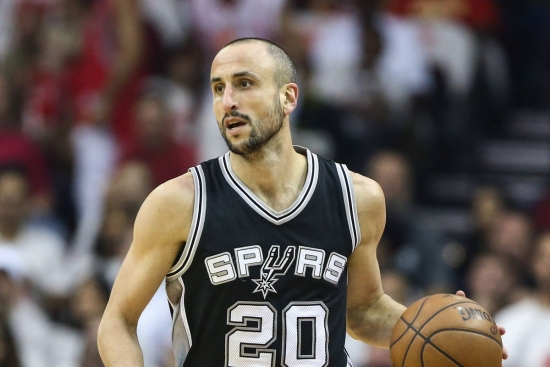 A couple of months ago, The Naismith Basketball Hall of Fame announced the newest members of their institution.  In terms of our list, it was a record five chosen from the top ten, and it created a seismic shift on our countdown.

Whenever we revamp our list, the first thing we do is take out those who were enshrined.  Chosen for Springfield, were our top four ranked former players, Paul Pierce (#1), Chris Bosh (#2), Chris Webber (#3) and Ben Wallace (#4).  Bob Dandridge, who was ranked at #10, also was elected.

The second thing we do, is add those who are now eligible, but unlike previous years, there are not multiple top players who appear to be locks for the Hall.

The third and final thing we look at is your votes and comments on each eligible player.  Those help determine rises or falls of those on the list.

Let’s see our new top ten, which again, is colossally different from last year.  Based on who we have available in 2022, we are having a hard time trying to predict who will be named to the next class.

We have to way back in hoops history for our new number one, Max Zaslofsky, who was an All-NBA (All-BAA) First Team Selection in the first four years of the BAA/NBA’s existence.  While playing for the Chicago Stags, Zaslofsky won the 1947/48 Scoring Title, and at the time of his retirement in 1956, he was third all-time in scoring.  He is also a member of the NBA 25th Anniversary Team, and was ranked at #6 last year.

Coming at #2 is Tim Hardaway, who moves up from #8 and was a Finalist last year.  Known mostly for his run with Chris Mullin and Mitch Richmond as “RUN-TMC” at Golden State, Hardaway was a five-time NBA All-Star and five-time All-NBA Selection.  His candidacy is plagued by his past homophobic remarks, though he has since atoned for that.

Our highest debut is Manu Ginobili at #3, who is arguably the greatest basketball player in Argentine history.  A two-time All-Star and four-time NBA Champion with the San Antonio Spurs, Ginobili led his nation to Gold in the 2004 Olympics.

Chauncey Billups rocketed from #11 to #4.  Billups led Detroit to the NBA Championship in 2004, where he was named the Finals MVP.  He was also a five-time All-Star.

At #5 is former Seattle SuperSonic, Shawn Kemp, who holds the same rank as last year.  Kemp was a six-time NBA All-Star.

Two-time NBA Champion with Detroit, Mark Aguire, dropped from #7 to #8.

Maurice Lucas went up three spots to #10.  He was a four-time NBA All-Star and one-time ABA All-Star.

There are four other additions:

Joe Johnson, who was a seven-time All-Star makes a strong debut at #13.

The other two new names are David West and Richard Jefferson at #115 respectively.  Jefferson’s ranking is currently where our list ends.

Eventually, we plan to expand our list to 150.  At a later time, we may create a separate list for women, but at present there is no plan to do so.

Take a look for yourself, and cast your votes and offer your opinion.

More in this category: « Our All-Time Top 50 Buffalo Sabres are up The Hockey Hall of Fame announces the date of the 2020 Induction »