The Pro Football Hall of Fame Announces their 2021 Finalists 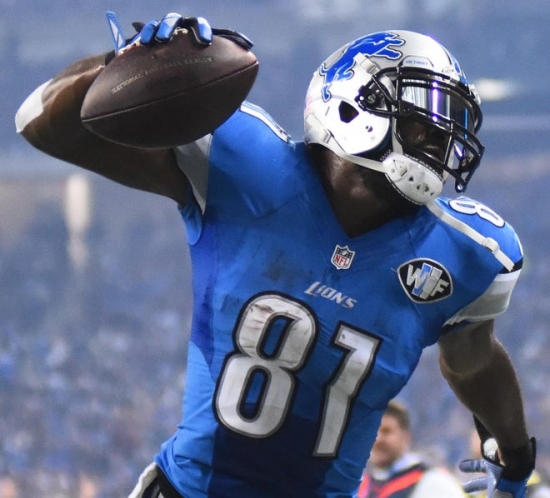 The Pro Football Hall of Fame announced the 15 Finalists for the Class of 2021.  This group was pared down from 25 Semi-Finalists, who were chosen from 133 Preliminary Candidates.

Let’s get right to who they chose for the final stage.

Ronde Barber:  Cornerback/Safety:  1997-12 Tampa Bay Buccaneers.  Barber is a former Super Bowl Champion and was the 2001 leader in Interceptions.  He has over 1,000 Solo Tackles with 47 career Interceptions.  After four years as a Semi-Finalist, Barber makes it through to the Finals.  Ranked #13 on Notinhalloffame.com.

Tony Boselli:  Tackle: 1995-01 Jacksonville Jaguars & 2002 Houston Texans.  The career of Boselli was short, but he is believed to be the greatest Jaguar of all-time. The Lineman has now been a Finalist for the five years in a row.  Ranked #45 on Notinhalloffame.com

LeRoy Butler: Safety: 1990-01 Green Bay Packers.  Butler had 38 career Interceptions, won a Super Bowl and went to four Pro Bowls over his career.  He is on a four-year streak of Semi-Finalist nods, and he was also a Finalist last year.  In terms of gaining momentum over the past three years, Butler is in the upper-tier of the list.  Ranked #73 on Notinhalloffame.com.

Alan Faneca:  Guard: 1998-07 Pittsburgh Steelers, 2008-09 New York Jets & 2010 Arizona Cardinals.  A Super Bowl Champion with the Steelers, Faneca went to nine Pro Bowls and was a six-time First Team All-Pro.  Faneca has been a Semi-Finalist and Finalist in his first five years of eligibility, and this makes year six. He has been arguably been “leapfrogged” by Steve Hutchinson and Kevin Mawae.  Could this be his year?  Ranked #4 on Notinhalloffame.com.

Calvin Johnson: Wide Receiver:  2007-15 Detroit Lions.  Johnson went to six Pro Bowls, three First Team All-Pros and was considered the most exciting Wide Receiver of his day.  This is his first year on the ballot, and while other Wide Receivers exceed his overall stats, there was no one who passes the eye test more than “Megatron”.  Ranked #27 on Notinhalloffame.com.

Peyton Manning: Quarterback:  1998-11 Indianapolis Colts & 2012-15 Denver Broncos.  Manning took both the Colts and Broncos to a Super Bowl win, and he is a five-time MVP with 14 Pro Bowls and seven First Team All-Pros.  He would throw for 71,940 Yards and 539 Touchdowns and this is his first year on the ballot. It is expected that Manning will enter the Hall immediately.  Ranked #1 on Notinhalloffame.com.

Clay Matthews:  Linebacker: 1978-93 Cleveland Browns & 1994-96 Atlanta Falcons.  A four-time Pro Bowler, Matthews had 69.5 Sacks with 1,595 Combined Tackles.  Matthews is a Semi-Finalist for the fifth straight time, but has never been a Finalist.  He finally makes it on what is last year of Modern Era eligibility.  Ranked #75 on Notinhalloffame.com.

Sam Mills:  Linebacker: 1986-94 New Orleans Saints & 1995-97 Carolina Panthers.  A five-time Pro Bowler, Mills began his pro career in the USFL.  A four-time Semi-Finalist, Mills made it to the Finals for the first time, last year and he returns but only has two more years left of Modern Era eligibility.  Ranked #48 on Notinhalloffame.com.

Reggie Wayne:  Wide Receiver:  2001-14 Indianapolis Colts.  A six-time Pro Bowl and one-time Super Bowl Champion, Wayne has 14,345 Receiving Yards with 82 Touchdowns.  Wayne was a Finalist last year in what was his first year on the ballot, and he now goes two-for-two.  Ranked #8 on Notinhalloffame.com.

Charles Woodson:  Cornerback/Safety:  1998-05 & 2013-15 Oakland Raiders & 2006-12 Green Bay Packers.  Woodson is a Super Bowl Champion with the Packers and has 65 career Interceptions.  The nine-time Pro Bowler is also a former Defensive Rookie of the Year (1998) and Defensive Player of the Year (2009).  This is Woodson’s first year of eligibility, and like Manning, he is considered a lock.  Ranked #2 on Notinhalloffame.com.