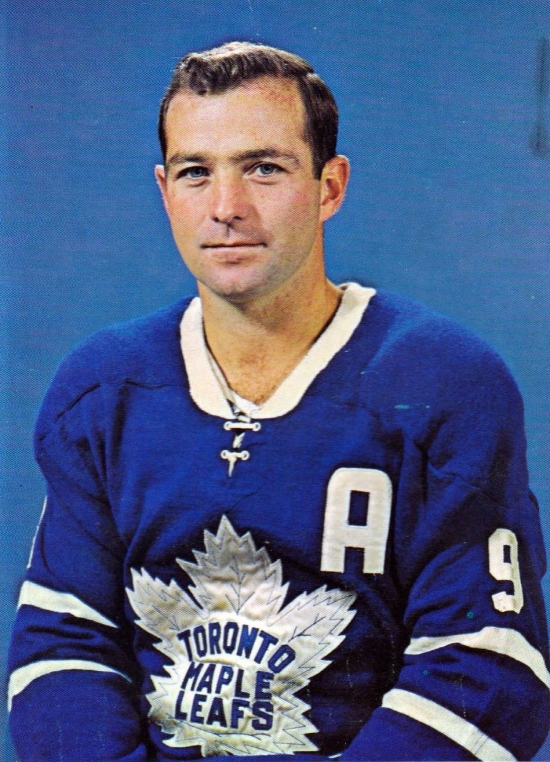 Dick Duff began his career with the Maple Leafs in 1954, where he showed his gritty two-way play quickly as an asset.

Duff would be one of the players in which Toronto was rebuilt around.  While he was not a scoring machine, he was a glue guy who was capable of digging his skates in where necessary and doing the grinding necessary to win games.  The Left Wing had three straight seasons (1956-57 to 1958-59) where he had at least 26 Goals, and he would play a large part in Toronto’s 1962 and 1963 Stanley Cup wins.

Duff was traded late in the 1963-64 Season to New York in a deal that sent over Andy Bathgate.  Duff missed out on the Maple Leafs’ Stanley Cup that year, but he won four more with Montreal.  As a Leaf, Duff scored 342 Points.

Duff entered the Hockey Hall of Fame in 2006.