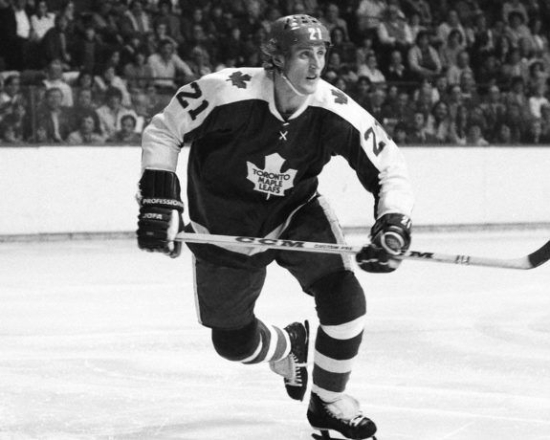 Hockey, on both sides of the Atlantic lost a great one today.

Borje Salming, who was diagnosed with ALS, passed away at the age of 71.

Salming was last seen at the Hockey Hall of Fame Game earlier this month, where the Leafs iced an all-Swedish lineup to begin the game aginst their opponent, Vancouver.  Salming, who was still mobile, had already lost the ability to speak due to the disease, dropped the ceremonial first puck.

When Salming was first courted to try out for the Maple Leafs, the National Hockey League was of the belief that Swedish players were not tough enough to survive the rigors of the North American game.  The Defenseman not only made the team, but excelled, earning six Post-Season All-Star Selections.  Salming scored 798 Points in the NHL, and was the domino that broke through Europeans to thrive in the most competitive league in professional hockey.

Salming was inducted into the Hockey Hall of Fame in 1996, the first Swedish player to have that honor.  Two years later, he entered the IIHF Hall of Fame.  His number #21 was also retired by Toronto.

We here at Notinhalloffame.com would like to offer our condolences to the friends, fans and family of Borje Salming.