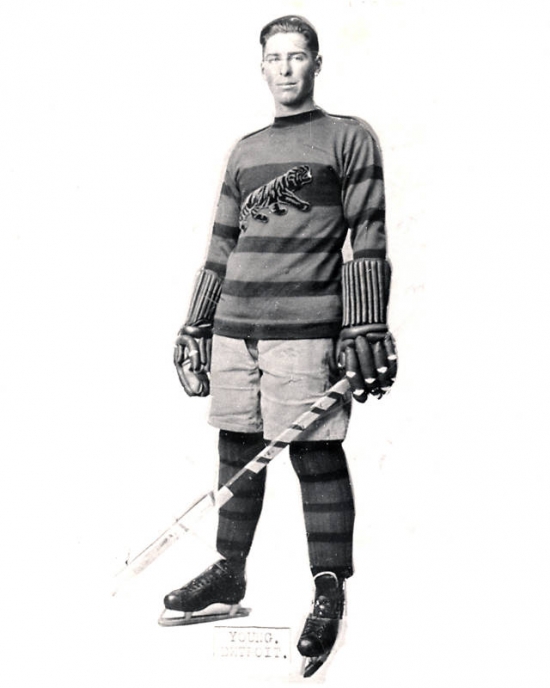 Before he ever played an NHL game, Doug Young had some interesting months leading up to his debut.

In May of 1931, Young was claimed by the Philadelphia Quakers from Cleveland of the IHL in the Inter-League Draft.  The Quakers folded shortly after, and he was claimed by the New York Americans in September’s Dispersal Draft.  Young never played for the Americans either as he was traded to Detroit a month later, and away he went as a bona fide NHLer.

Young was a traditional Defenseman for the day, staying his end of the ice and locking down attackers.  He played for Detroit throughout the 30s, helping the Red Wings win their first Stanley Cup in 1936, and he was also part of the 1937 championship team but was not in the postseason due to an injury suffered early in the year.

At the decade's end, Young signed with the Montreal Canadians where closed off his career. Young scored 68 Points with the Red Wings.