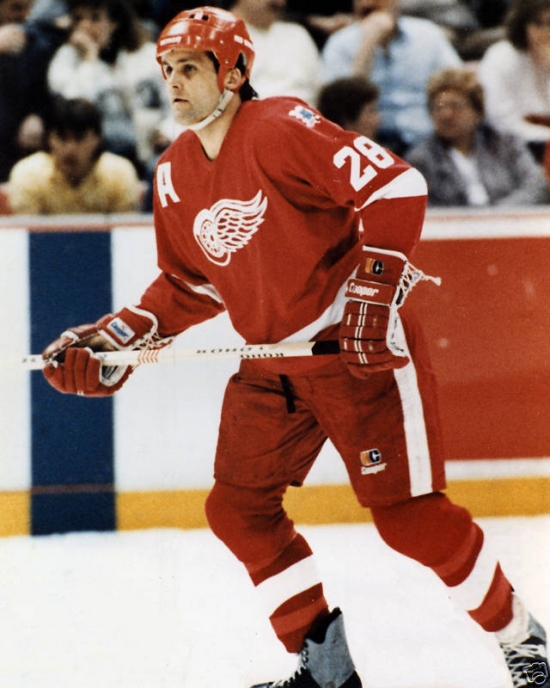 With a claim as one of the first really good American Defenseman, Reed Larson learned his craft from the legendary Herb Brooks at the University of Minnesota.

Drafted in 1976, Larson set a then-record 60 Points for an American rookie Defenseman in 1977-78.  He went to the All-Star Game that year, and he was established as the top Defenseman of the team.  Larson was a physical player who owned one of the hardest shots of the league, assets that he continued to use throughout the late 70s and early 80s.  He went to two more All-Star Games, and he never had a full season with the Red Wings where he had less than 58 Points.  He would also receive Norris Trophy votes three times.

Larson's extended stay in Detroit came to an end when he was traded to the Boston Bruins at the 1986 Trade Deadline.  He would have 570 Points as a Red Wing.