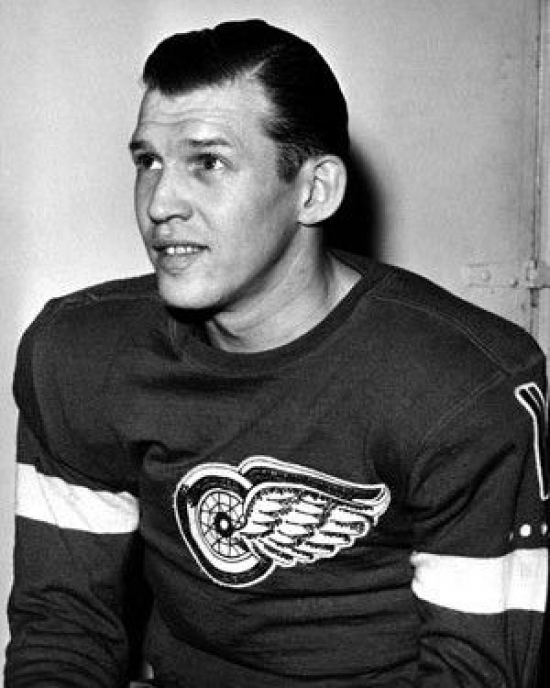 Before the Detroit Red Wings had Gordie Howe, they had another eventual Hall of Famer with the same surname in Syd Howe.

The beginning of Howe's NHL career resembled that of a journeyman on paper, but that was more of a victim of circumstance.  Howe signed with his hometown Ottawa Senators late in the 1929-30 Season, and he was loaned to the Philadelphia Quakers the year after in a season that turned out to be the last of their existence.  Ottawa suspended their operations for a year, and he went to Toronto in the Dispersal Draft, and when Ottawa returned in 1932, he was there with them and moved to St. Louis when they relocated.  Everything finally changed in 1935 when he was sold to Detroit, and for the first time in his career, he was in a stable situation.

Howe usually played at Center, though he often played at Left Wing where needed. Winning the 1936 and 1937 Stanley Cup with the Red Wings, Howe was an excellent defensive forward.  He scored 44 Points in 1940-41, finishing fourth in Hart voting.  Howe continued to play during World War II, and as many players left to join the military, Howe was able to be a post-season All-Star (Second Team in 1945) and finish third in Hart voting in 1942-43.  That season, he won his third Stanley Cup.