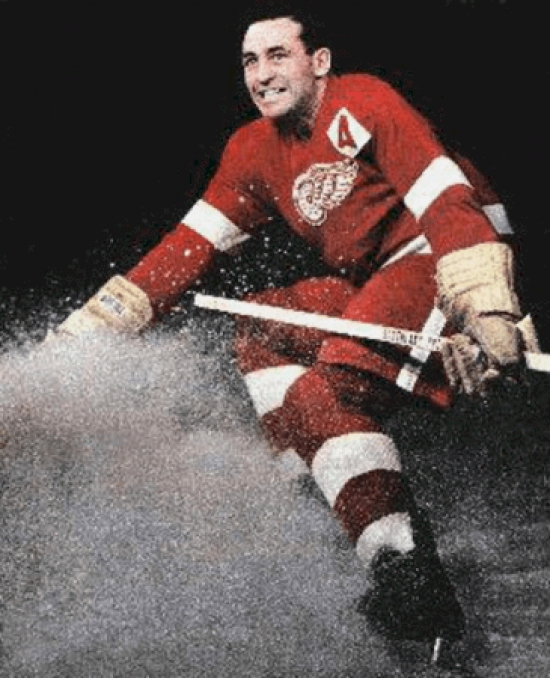 Jack Stewart was a bruising Defenseman who was a tough man in a challenging sport.

Signed in 1937, Stewart was not afraid of hitting anyone and defending his end of the ice.  Stewart didn't score much, nor was that expected of him, as his role was to do whatever it took to keep attackers from getting to the Goalie.  In 1943, Stewart helped the Red Wings the Stanley Cup, and he was named a First Team All-Star.  Due to World War II, Stewart missed two years due to serving his country, but the Canadian returned without missing a step.

Stewart was a back-to-back Second Team All-Star in his first two years back, which he followed up with two straight First Team All-Star nods.  Stewart notably would also finish in the top ten in Defensive Point Shares seven times.  The Defenseman won another Stanley Cup with Detroit in 1950, and that would be his last year as a Red Wing, as he was part of a nine-player deal to Chicago.

Stewart entered the Hockey Hall of Fame in 1964.