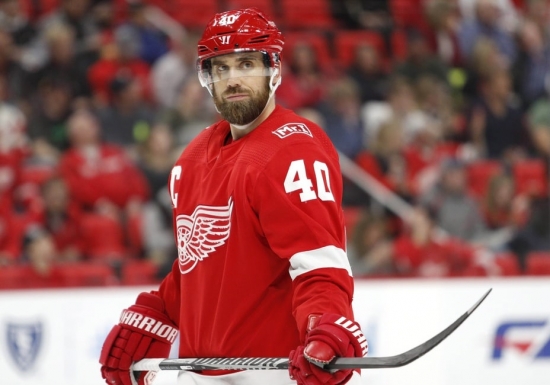 With the Detroit Red Wings for his entire career, we have Henrik Zetterberg, another example of the Detroit brass's brilliant scouting.

The Red Wings chose the Swedish Forward with the 210thOverall Pick in 1999. Zetterberg remained in Scandinavia until the 2002-03 Season, and he was named an All-Rookie with 44 Points, falling short of the Calder to Barrett Jackman of St. Louis.  With all due respect to Jackman, Zetterberg's career shattered that of Blues' Defenseman.

Zetterberg improved all facets of his game, having his breakthrough in 2005-06 with an 85 Point year.  This began a seven-year streak of at least 60 Points, and he finished in the top ten in Frank J. Selke Trophy voting in the first five of those seasons.  Within this timeframe, Zetterberg had the best year of his career, the 2007-08 campaign.  He was a Second Team All-Star, and he led Detroit to a Stanley Cup win, where Zetterberg was named the Conn Smythe winner.

Zetterberg played until 2018, when a degenerative back issue forced him to retire. The 2015 King Clancy Award winner had 960 career Points.