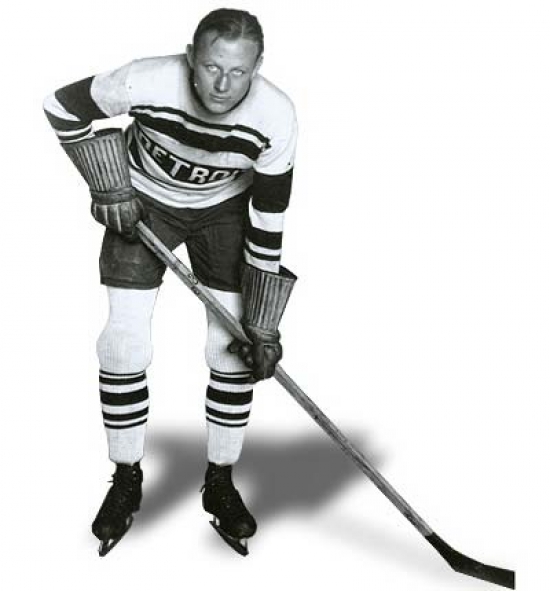 We are going so far back on this one that when Ebbie Goodfellow signed with Detroit, the team was called the Cougars.

That year was 1929, and Goodfellow was a promising Center, who scored 25 Goals and 48 Points in the 44-Game Season in his second season.  Goodfellow was fourth in Hart Trophy voting that year, and he had a 30 Point year in 1931-32, which was the second and last year the team was called the Falcons.  The Falcons became the Red Wings, and the Center became a Defenseman for the benefit of the team.

As a blueliner, Goodfellow still showed offensive explosiveness when needed but protected his end effortlessly.  It was a Defenseman where he was a two-time First Team All-Star, a one-time Second Team All-Star, and the Hart Trophy winner in 1940.

Knee problems reduced his skill level in the 1941-42 Season, and he played sparingly that year.  In the season after, Goodfellow abruptly had a dual-role as he stepped in as the Head Coach when Jack Adams was suspended during the playoffs.  Detroit won the Stanley Cup that year, with Goodfellow as the Coach.

That was the last year that Goodfellow played in the NHL.  Goodfellow entered the Hockey Hall of Fame in 1963.