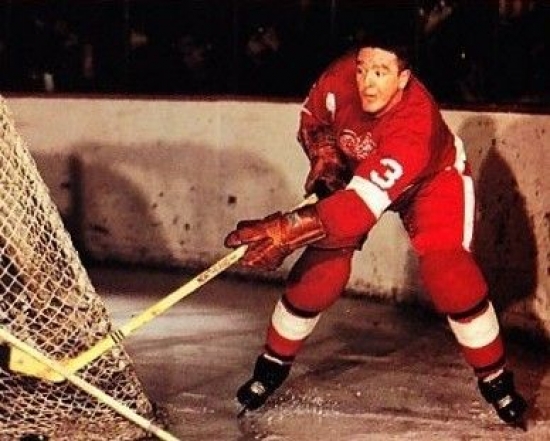 Marcel Pronovost was in the Detroit Red Wings for a couple of years, and after tearing it up in the USHL, he was called up for the 1950 Playoffs.  Pronovost helped the Red Wings win the Stanley Cup, and he won Hockey's Holy Grail before he ever had a regular season game.

Pronovost led the NHL in Defensive Point Shares in 1950-51, and the blueliner helped the team win three more Stanley Cups in the first half of the 50s. Detroit was not having the same playoff success after, but Pronovost was having his best years, earning four consecutive post-season All-Star Selections (1958-61), all of which were top-five Norris Trophy finishes.

The Defenseman was traded to the Toronto Maple Leafs, where he won a fifth Stanley Cup. With Detroit, Pronovost secured 297 Points.

Pronovost was inducted into the Hockey Hall of Fame in 1978.