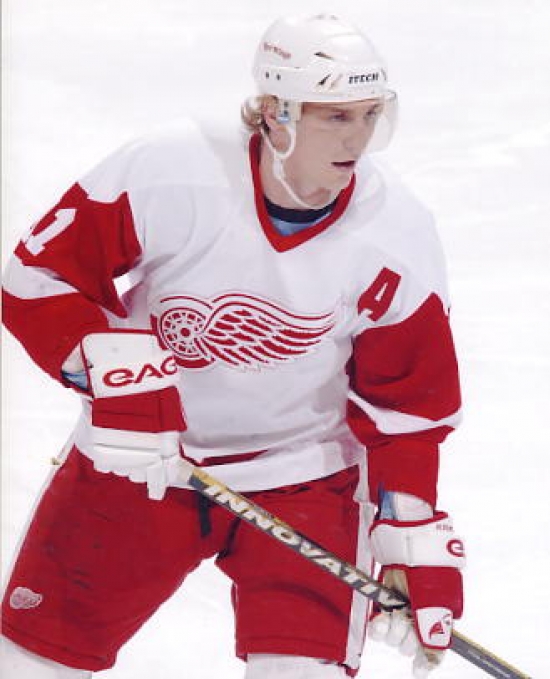 Sergei Fedorov made the CSKA Moscow team at age 16, and as Soviet players started to defect, NHL teams began drafting players from the Iron Curtain.  The Red Wings were one such squad, selecting Fedorov in the Fourth Round in 1989.  A year later, Fedorov defected and was in the premier league of Hockey.

Fedorov came with high praise.  His soon-to-be teammate, Steve Yzerman, had played against him in the World Hockey Championships and claimed that Fedorov was a better player than he was.  The Center was the runner-up for the Calder, finishing behind Goalie Ed Belfour.  He scored 79 Points as a rookie and raised those totals to over 80 in the two years after.  Fedorov was proving he could play on the offense, but he was unique in that he was an exceptional two-way player.  In his second and third year in the NHL, he finished in the top four in Selke voting. These were good years, but Fedorov had another level to climb.

In the 1993-94 Season, Fedorov had a career-high 56 Goals and 120 Points, and he won the Hart Trophy, becoming the first Russian to win that trophy.  He also added the Lester B. Pearson, was a First Team All-Star, and he won the Selke while setting a still unbroken record of Points scored for that trophy win.  He won the Selke again in 1995-96, with another 100 plus Point year.

Fedorov’s scoring touch would go down, but his leadership and overall play helped take Detroit to a 1997 Stanley Cup win, and again in 1998, where he led all skaters in Goals in the playoffs.  Notably, he also led all players in Assists in the 1995 and 1996 Playoffs.  Fedorov would again win a Stanley Cup in 2002, and he had 83 Points in 2002-03, which was his last year in Detroit, as the Russian signed with Anaheim afterward.

Fedorov was a Point per Game Player, scoring 954 Points in 908 Games with the Red Wings.

Fedorov entered the Hockey Hall of Fame in 2015.