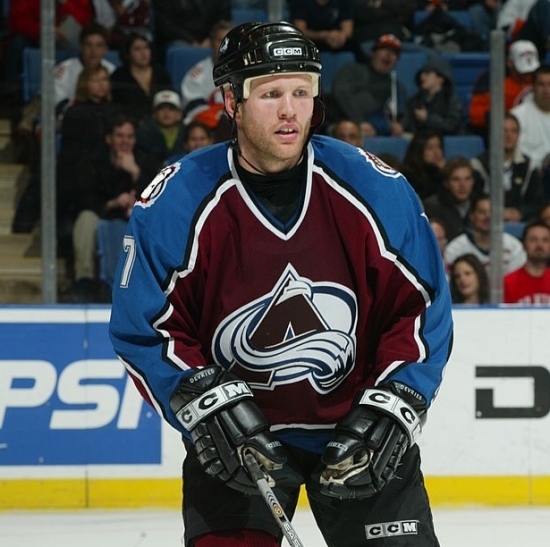 That would be de Vries’ last year with the Avs as he would sign with the New York Rangers as a Free Agent.  He scored 82 Points for the franchise.