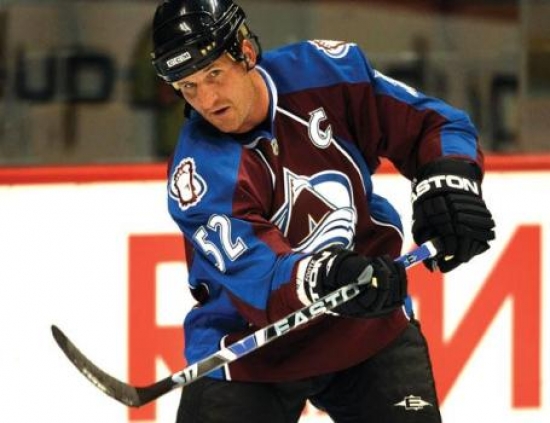 In terms of tenure, few can match what Adam Foote did for the Quebec Nordiques/Colorado Avalanche.

A veteran of 867 Games for the organization, the Defenseman was drafted by the Quebec Nordiques as the 22nd Overall Pick in 1989.  Foote was never an All-Star, nor was he much of an offensive threat, but he was a string stay-at-home blueliner who was also a leader on and off the ice.  He would help the Colorado Avalanche win the 1996 and 2001 Stanley Cup, and his defensive skills were an integral part of those wins.

Also, an Alternate Captain for the Avs for years, Foote signed with the Columbus Blue Jackets in 2005, but he would return to Colorado in 2008, where he would finish his career.