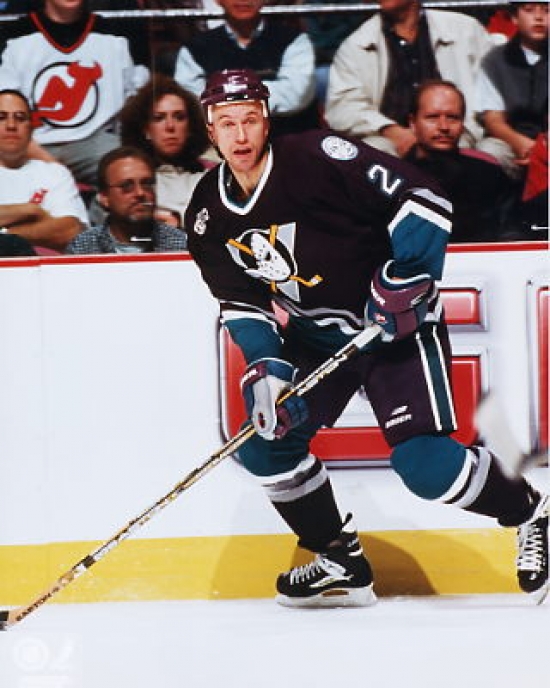 Fredrik Olausson is one of the best Swedish Defenseman in the game’s history, who had three runs with Mighty Ducks of Anaheim.

Olausson first played for the Winnipeg Jets for seven and a half and then for Edmonton for two, before he was plucked off of waivers by Anaheim in January of 1996. He didn't stay long, as he was traded to Pittsburgh that November, but the blueliner returned as a Free Agent, where he played two years, the first of which saw him score 56 Points and finish ninth in Norris Trophy voting.  Olausson was a Mighty Duck for one more year before joining the Swiss League for one year, the Detroit Red Wings for one, and one final one in Anaheim before going back to Europe.

Olausson scored 127 Points in 244 Games for the Ducks.