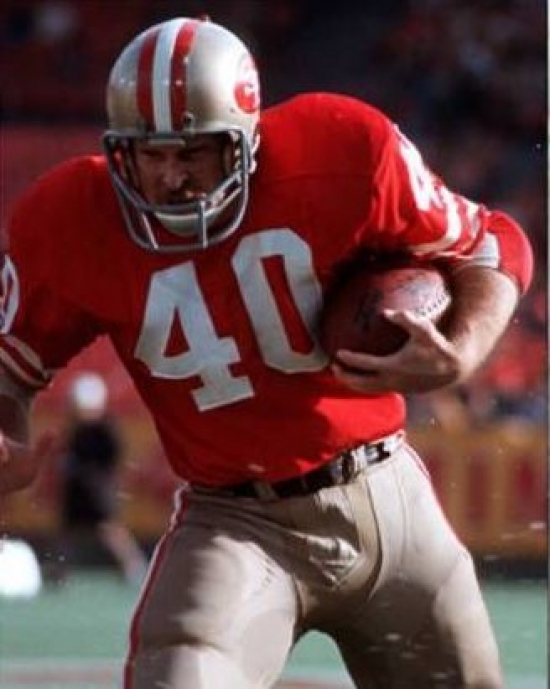 Ken Willard was a two-sport star at the University of North Carolina, where he Fullback also excelled at Baseball, so much so that he was recruited by Ted Williams and the Boston Red Sox.

The Tarheel went number two in the 1965 Draft, with the San Francisco 49ers being the recipient of his talents.  Willard went to the Pro Bowl in four of his first five seasons, and he had five top-nine finishes in Rushing Yards.  He was a workhorse for the 49ers with five top-six rankings in Touches, with three of them in the top three.