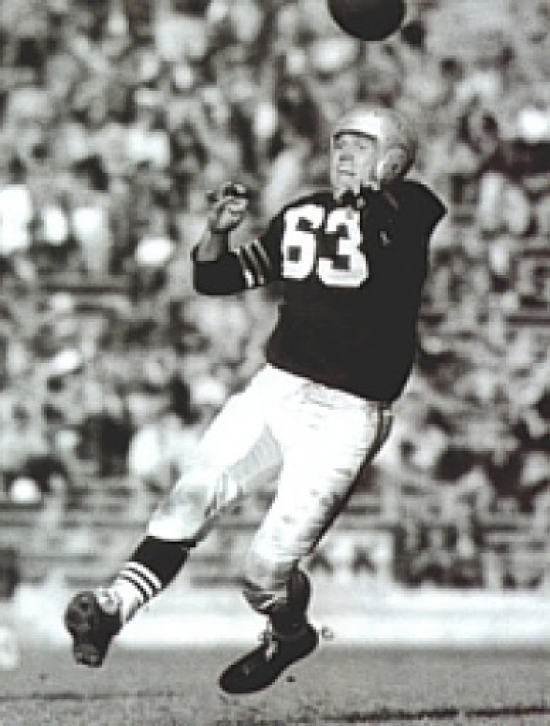 Frankie Albert was the 10th overall pick in 1942 by the Chicago Bears, but remember, the year in question was 1942.  The Stanford graduate would serve in the Navy for World War II, and upon his return, he would opt to play for his home state for the Los Angeles Bulldogs of the Pacific Coast League, before joining the San Francisco 49ers of the upstart All-American Football Conference.

Albert played all four years of the AAFC's existence with San Francisco, where he was one of the league's better Quarterbacks.  Albert was named a Second Team All-Pro three times, and he would lead the league in Passing Touchdowns in 1948 and 1949 and also in Completion Percentage in 1948.  When the team was absorbed into the National Football League in 1950, Albert was named to the Pro Bowl, proving to the gridiron world that he was just as good as any NFL pivot.