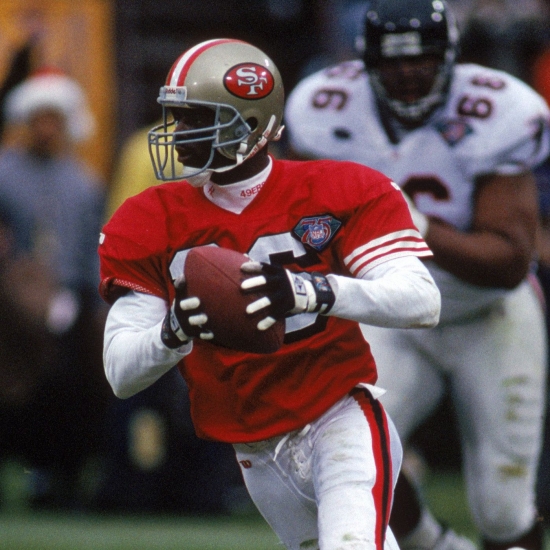 In his first two seasons in the National Football League, the Fifth Round Pick from Iowa started eight Games at Left Corner Back and five at Strong Safety.  Hanks did well enough, but he was moved to Free Safety in 1993, and this was the position where he would flourish.

Hanks was the 49ers starter at FS for six seasons, where he would enjoy a four-year streak (1994-97) in Pro Bowls.  In all of those years, Hanks was either a Second Team or First Team All-Pro (three Second and one First), and he was a massive part of San Francisco's Super Bowl winning season XXIX.  Hanks left San Francisco for one final season in Seattle, and he would have 15 Interceptions over his 49ers run.