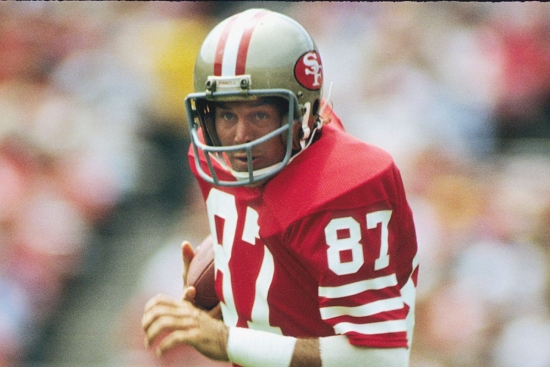 The legend of Dwight Clark was cemented with one Reception, simply named "The Catch."  But fans of the San Francisco 49ers know that Clark was more than that one moment.

The Wide Receiver played his entire career with the 49ers after being taken 249thOverall in 1979 from Clemson.  Clark made the team and was a permanent starter the following season, falling nine yards shy of 1,000.  In 1981, Clark went to the Pro Bowl with his only four-digit yard year (1,105), and in the NFC Championship, Clark caught a six-yard touchdown pass from Joe Montana, capping a near end zone to end zone drive that put San Francisco in the lead for good.  The 49ers went on to win their first Super Bowl, and Clark was a Bay Area legend for life.

Clark was equally phenomenal in 1982, leading the NFL in Receptions (60) and accruing 913 Yards in the strike-shortened year. Clark was a Pro Bowler again, and was named a First Team All-Pro for the first and only time in his career.  With Jerry Rice ascending to the stratosphere, Clark was never going to be the top option, but he had four more 700-Yard years.