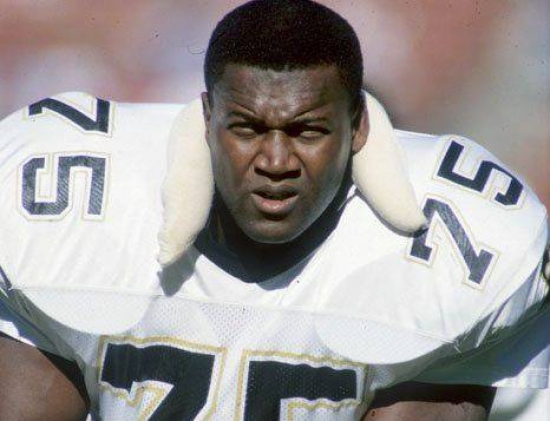 In 1980, the Green Bay Packers used the fourth overall pick in the draft to take Penn State's, Bruce Clark.  To the shock of everyone, Clark did not sign with Green Bay, who planned to the Defensive End to Nose Tackle and elected to go to the Canadian Football League with the Toronto Argonauts.

Two years later, Clark's rights were traded to New Orleans, and he was an All-Rookie and starting Left Defensive End.  His best season in football was 1984, which yielded a Pro Bowl and a 10.5 Sack year.  Clark remained a starter until 1987, and he had one more year as a backup before signing with the Kansas City Chiefs.

Clark accrued 39.5 Sacks over his career, all of which were obtained as a Saint.