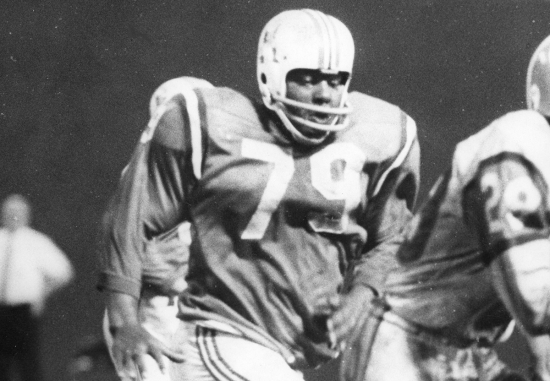 After the Chicago Bears drafted Jim Lee Hunt in the 16thRound, he elected to sign instead with the Boston Patriots for the inaugural season of the American Football League.  As it would turn out, Hunt would become one of a handful of players to play in all ten years of the league’s existence, all of which were with the Patriots.

Hunt would prove to an exemplary pass rusher, and he was a four-time AFL All-Star.  The Defensive Tackle had the nickname of the "Earthquake," as his teammates joked that the ground rumbled when he charged an opponent. Hunt, who was also known for his speed, led the AFL in Fumble Recoveries and Fumble Return Yards in 1968.