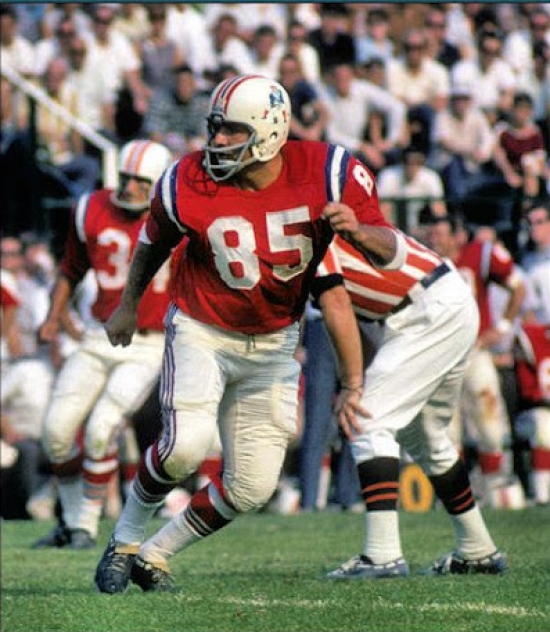 Nick Buoniconti was lightly regarded by pro scouts despite being the captain of the Notre Dame Fighting Irish. They viewed him too small, and nobody in the NFL selected him in the 1962 Draft.  The Boston Patriots did, with their 13thRound Pick, but little was expected of him.  As we know, this wasn’t the case.

Switching to Linebacker, Buoniconti became a star and the greatest defensive player in the AFL era.  As a Patriot, he would go to five AFL All-Star Games and was a four-time First Team All-Pro.  It is a safe statement to say that he was the greatest Middle Linebacker in AFL history and was named to the All-Time AFL Team.

He was surprisingly traded to the Miami Dolphins in 1969 and would help them win their first two Super Bowls.

Buoniconti would enter the Pro Football Hall of Fame in 2001, nine years after he was elected to the Patriots Hall of Fame.