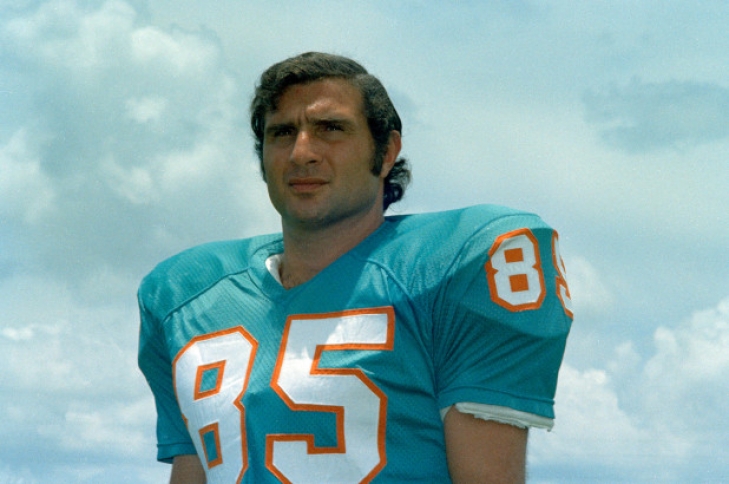 It is a sad day in the world of the New England Patriots and Miami Dolphins as it was announced that former Linebacker, Nick Buoniconti, passed away today at the age of 78.

The undersized Linebacker was drafted in the 13thRound out of Notre Dame by the Boston Patriots in 1962, where he would be a five-time AFL All-Star for the Pats.  He would be traded to the Miami Dolphins in 1969 where he would anchor their “No-Name Defense” and help them win Super Bowl VII and VIII.  He would be named to two Pro Bowls as a Dolphin.

Buoniconti would be chosen for the Pro Football Hall of Fame in 2001.

We here at Notinhalloffame.com would like to extend our condolences to the friends, fans and family of Nick Buoniconti.