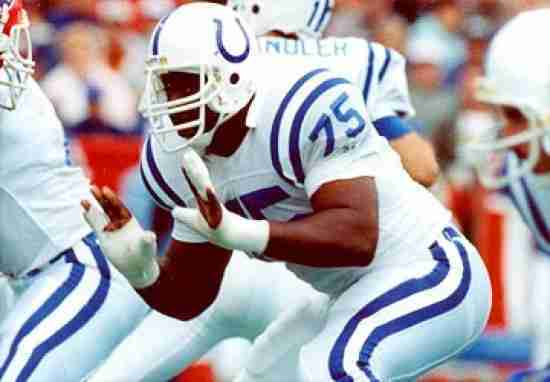 Known as the “guy who was traded for John Elway”, Chris Hinton had a pretty good career in own right, predominantly with the Baltimore/Indianapolis Colts.  Hinton would make six of his seven Pro Bowls with the Colts and while he wasn’t “John Elway”, who would have blocked for him had he come to Baltimore?
Chris Hinton agrees!