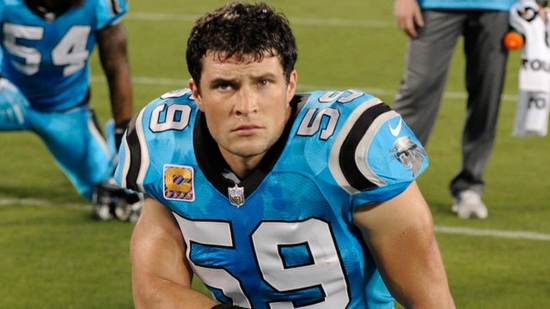 Luke Kuechly was the best Linebacker in the NCAA in 2011, where the Boston College player would win the ACC Defensive Player of the Year Award, Bronko Nagurski Trophy, Butkus Award, Lombardi Award, and Lott Trophy. He was drafted Ninth Overall in that year's draft by the Carolina Panthers, and he would immediately establish himself as one of the best interior linemen in the pro ranks.

From 2013 to 2019, he would be named to the Pro Bowl, with five of those seasons, seeing Kuechly be named First Team All-Pro.  In the two that he didn't win that honor, he was a Second Team All-Pro.  Kuechly would win the Defensive Player of the Year Award in 2013.  Except for this rookie season, he had an Approximate Value of at least 10, and he was a two-time leader in Tackles.

Should Luke Kuechly be in the Hall of Fame?