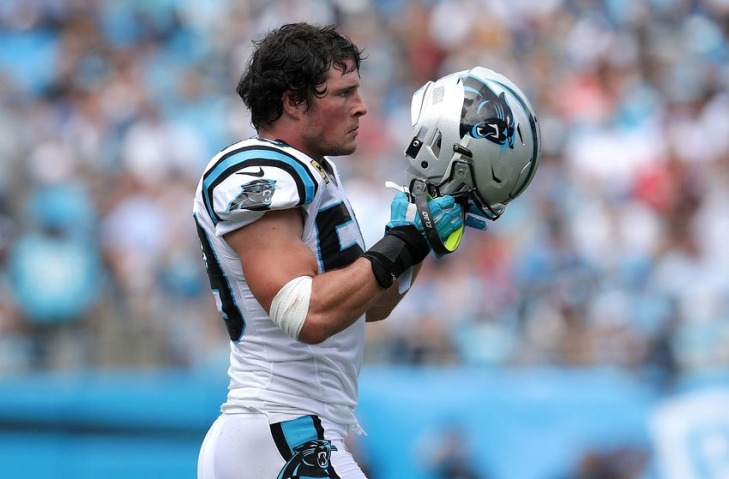 Luke Kuechly has been the team's starting Middle Linebacker since he was drafted ninth overall from Boston College and he would be named the Defensive Rookie of the Year.  Kuechly almost immediately was the leader of the Panthers' defense, and in 2013 (his second year in the NFL) he was a First Team All-Pro and Pro Bowler for the first time, and he was named the Defensive Player of the Year.  Kuechly has remained a dominant star for Carolina, and he has been a First Team All-Pro five of the last six seasons and was a Pro Bowl in all of them.  Kuechly is still with the Panthers as of this writing, and he is already the greatest defensive player in franchise history. 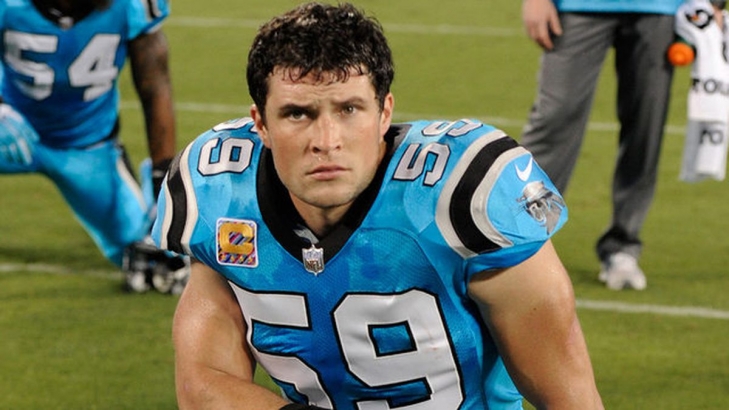 Luke Kuechly was the best Linebacker in the NCAA in 2011, where the Boston College player would win the ACC Defensive Player of the Year Award, Bronko Nagurski Trophy, Butkus Award, Lombardi Award, and Lott Trophy. He was drafted Ninth Overall in that year's draft by the Carolina Panthers, and he would immediately establish himself as one of the best interior linemen in the pro ranks. 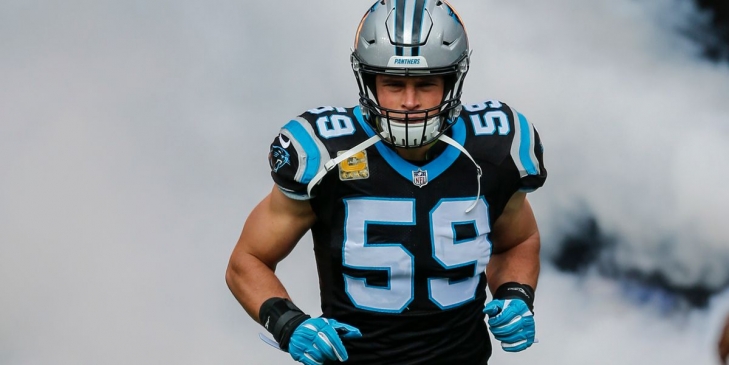 Following the somewhat expected retirement of Antonio Gates, a shocking one took place this evening as Carolina Panthers Linebacker, Luke Kuechly has announced his retirement from the NFL.  He is only 28 Years old, but has had issues with concussions in recent years.

In a video shared by the Panthers, Kuechly cited that it was “the right time” to retire and that it was the “right time to move on.” Kuechly was the best Linebacker in the NCAA in 2011, where the Boston College player would win the ACC Defensive Player of the Year Award, Bronko Nagurski Trophy, Butkus Award, Lombardi Award and Lott Trophy.  He was drafted ninth overall in that year’s draft by the Carolina Panthers, and he would immediately establish himself as one of the best interior lineman in the pro ranks.

From 2013 to 2019, he would be named to the Pro Bowl, with five of those seasons, seeing Kuechly be named First Team All-Pro. In the two that he didn’t win that honor, he was a Second Team All-Pro.  Kuechly would win the Defensive Player of the Year Award in 2013.  With the exception of this rookie season, he had an Approximate Value of at least 10, and he was a two-time leader in Tackles.

In our pre-season ranking of active players for Hall of Fame consideration, Kuechly was ranked at #17, and based on his 2019 season, he would have entered the 2020 season even higher.

Barring a comeback, he is eligible for the Pro Football Hall of Fame in 2025.

We here at Notinhalloffame.com would like to thank Luke Kuechly for all of the moments he gave us on the field, and we wish him the best in his post-playing career.