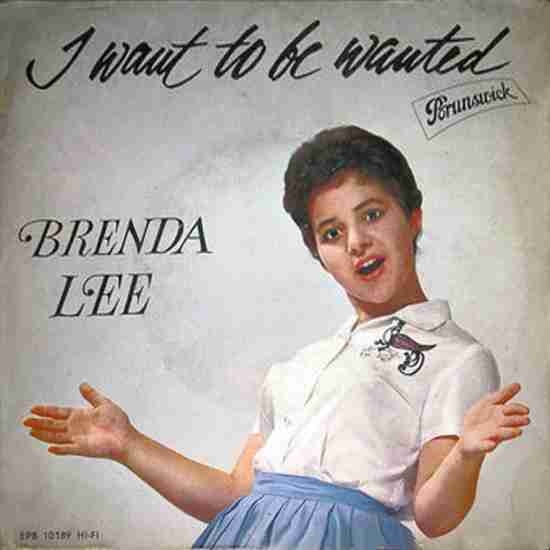 Brenda Lee’s second and final number one hit, “I Want to be Wanted” wasn’t her most memorable song of her singles career, but like Connie Francis, 1960 was meant to be her year.[1]

The first unofficial title of the most top ten hits per square inch (until she relinquished that to Prince), it is a little strange to imagine that the apex of her career took place at age seventeen, but though she wouldn’t reach the top again on the Hot 100, her career was far from over.  Lee would have six more Top Ten hits over the next two years and in the mid-60’s when so many of her peers were dropping off the face of the musical earth do to the British Invasion and Motown, Brenda shifted over to a more adult sound and was a mainstay in the Adult Contemporary chart, ironic considering she still barely looked like one.

The 70’s saw another genre change for Brenda Lee, where she ventured into Country music, which helped push her back catalogue into country oldies station.  Incidentally, she would enter the Country Music Hall of Fame in 1997, the Rock and Roll Hall of Fame and the Rockabilly Hall of Fame.

[1] This was an adaptation of an Italian song.  Damn, the Italians are really making an impact here aren’t they?