Love Letters in the Sand 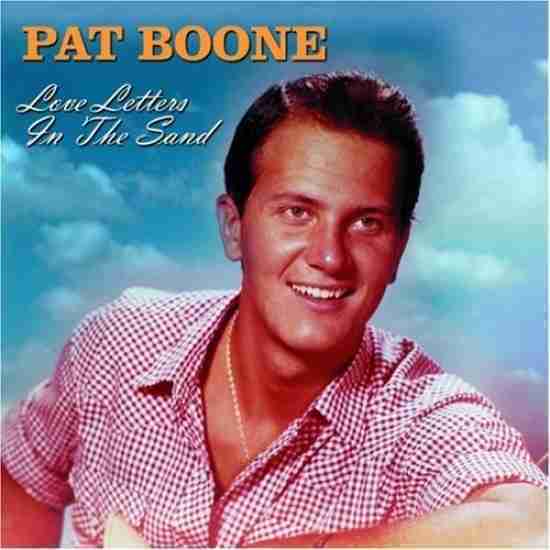 
Pat Boone is back, and while I have gone quite a way to explain that number ones and overall success are not always hand in hand, it is safe to say that regardless of the decade if you accomplish significant pop chart success, you are a bona fide star in that period of time.

I am assuming that most of you didn’t grow up in the 1950’s. If so, I will make a second assumption that like me, imagining Pat Boone as a star who rivaled Elvis in terms of popularity is difficult. The Elvis Presley/Pat Boone comparison reminds that while all music ages chronologically, not every song necessarily gets “old”.

Like Elvis, Pat Boone would have a monster 1957 on the Billboard chart and movies would have a lot to do with it. Before I get there, his television exposure was set to increase as in October of that year as he would become the youngest man to host his own variety show (The Pat Boone Chevy Showroom)[1] and the month after that he would star in “Bernadette”, which would be his first feature film.

The movie was a modest hit, and in the film he played a singing teenager who played matchmaker with his military brother with the new girl in town. Realistically, the film wasn’t that good, but it delivered on what it needed to do: give Pat Boone another vehicle in which he could sing, one of those songs being “Love Letters in the Sand”, which was one of the biggest, if not the biggest song of the summer of ’57.

This particular tune was written in 1931 and was a hit for a few orchestras in the 30’s, but like so many of Pat Boone’s hits, he went with the formula that he knew best. With a whistle and a light-hearted melody, the song really was made for the summer, young love, and for Boone himself, as he was the perfect choice to make that song a hit in ‘57. Better yet, it was a song that music critics then and now could not really point at edgier versions that he “ripped off”.[2]

Pat Boone was on fire, but so was the man who retook number one.

I will give you one guess as to who that is.

More in this category: « All Shook Up Teddy Bear »