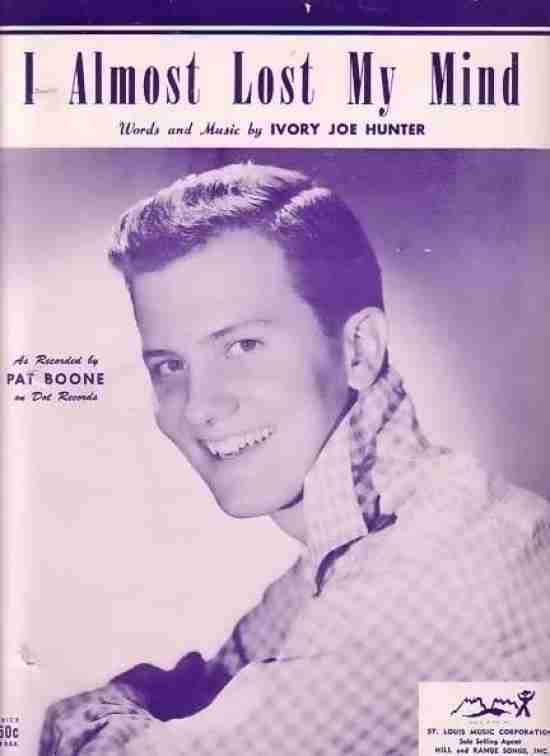 
The first interview that I ever conducted for Notinhalloffame.com was with a man named Charles Connor, the original drummer for Little Richard and a man who also drummed for James Brown and Sam Cooke.

Think about that the triumvirate of legends for a second. This man was there at the start of rock & roll, funk and modern soul. This was the man who created the opening drumbeat for Little Richard’s “Keep A-Knockin”, the same beat directly used by Led Zepplin’s “Rock and Roll”. If that doesn’t explode your mind right now, then I have to wonder how you got this far in his anthology.

When thinking of questions to ask Connor, one of the ones that I had to ask was how he felt when Pat Boone covered Little Richard’s “Tutti Frutti”. I mean he had to be upset about Pat Boone doing this right? Boone’s biggest hits were all watered down versions of great black R&B and rock acts.[1] They called rock & roll the devils music back then, but if you were a lover of rock & roll then Pat Boone had to be your Beelzebub.

When I asked that question his answer shocked me in that he had major respect for Pat Boone and continued to tell me how he was on his show with Little Richard and that Pat was an incredible man who had a lot of respect for the music he covered and the original artists. He also told me, which was true, that when Pat covered the songs it gave the originals more exposure and people would seek out what the song was supposed to sound like.[2]

According to Billboard, Pat Boone is the second most charted musician in the 1950’s behind Elvis, and while he did “white wash” a lot of songs first performed by black acts, so did so many others in that timeframe and if Boone didn’t make those songs a hit, someone else would have. This was actually commonplace in the 1950’s as covers of songs dominated the charts and the same song would be recorded by dozens of artists in a calendar year.

“I Almost Lost My Mind” would be Pat Boone’s second number one hit, the first coming in early 1955, with his rendition of the Fats Domino’s classic “Ain’t That a Shame”, which based on what I have discussed so far, should not surprise you to learn only went to #10 on the Pop Chart, though when you think of that song today, it is largely Fats who is remembered for singing it, and not Pat Boone crooning it.[3]

Rock and Roll Hall of Fame inductee, Ivory Joe Hunter, did the original rendition of Boone’s second number one. Hunter was the master of the blues ballad, and anything he sang was equal parts soul, spirit and smooth. Boone mat not have been able to match Hunter’s soulful delivery, but the song’s slow tempo played into his strengths, and dare I say one of the better covers he ever did.

It should also be mentioned that Pat Boone, was a regular fixture on television on the Arthur Godfrey and his Friends variety show. With each passing week, more and more Americans were procuring the new medium and Boone was a star you could see often, thus increasing his exposure.

He may not have had Elvis’ sex appeal, but he was a teen-idol in his own right, just one of the much safer variety, and one that based on his success in the 1950’s, one that will be spoken about a lot more before we are through.


[1] Admittedly that question was a pasty white Canadian boy trying to impress a New Orleans music legend.
[2] Here is that interview: http://www.notinhalloffame.com/home/interviews/4772-charles-connor-the-original-drummer-for-little-richard
[3] Again going to why I am writing this book in the first place. Timeless classics are rarely unveiled as such at the time.
Last modified on Tuesday, 19 January 2016 18:54
Tagged under
Tweet

More in this category: « The Wayward Wind My Prayer »