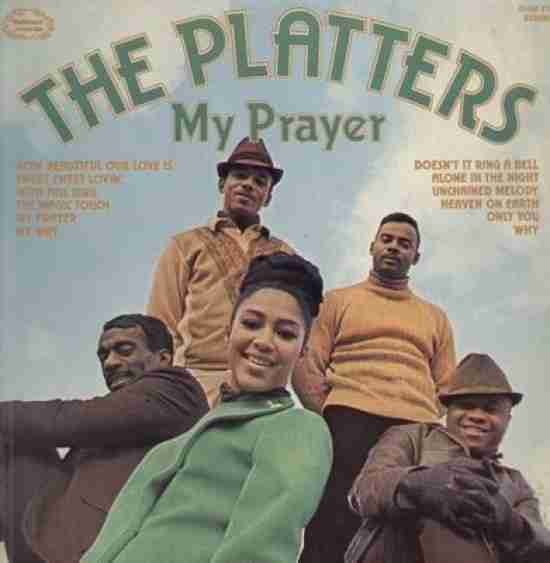 
The Platters would become the first act in the Rock and Roll era to top the charts twice, and why not them? They may not be the group most synonymously associated with early Rock, but when you talk about some of the most beautiful sounding music of the period, the Platters almost always come to the top of the conversation.

Their second number one, “My Prayer” was originally titled “Avant de mourir”, a composition by Romanian violinist, Georges Boulanger in the late 1920’s. Boulanger’s compositions would earn him a sizable audience in Russia and later Germany, but like many European compositions, in the first half of the 20th Century, it would find its way to the United States, though become “Americanized” in the process.

The first step was when Irish songwriter Jimmy Kennedy created lyrics for the composition. In this anthology full of useless facts, this is the guy who penned more hits than anyone else in the 1930’s and 1940’s than anyone else in the United States, which was an incredible accomplishment, considering that most people today probably think that Jimmy Kennedy was JFK’s little brother.[1]

The song would strike gold twice in 1939, with Glenn Miller hitting #2 with it and the Ink Spots going to #3 shortly after, but it would be Buck Ram and the Platters that would put the definitive spin on the song.

It may very well be their best song, and the best showcase for what Ram could do with the arrangements and what Tony Williams could do with his voice. The Platters, and other soulful doo-wop music were excellent “come down” music following Elvis, Chuck Berry and Little Richard. The latter sound riles you up and the former calms you down when the night is over, especially if your girl was with you in the back of your Chevrolet.

Forgive the brevity of this chapter, but we have to save a little something for the Platters’ upcoming hits. We have a lot more Doo-Wop left to cover.

More in this category: « I Almost Lost My Mind Don't Be Cruel »