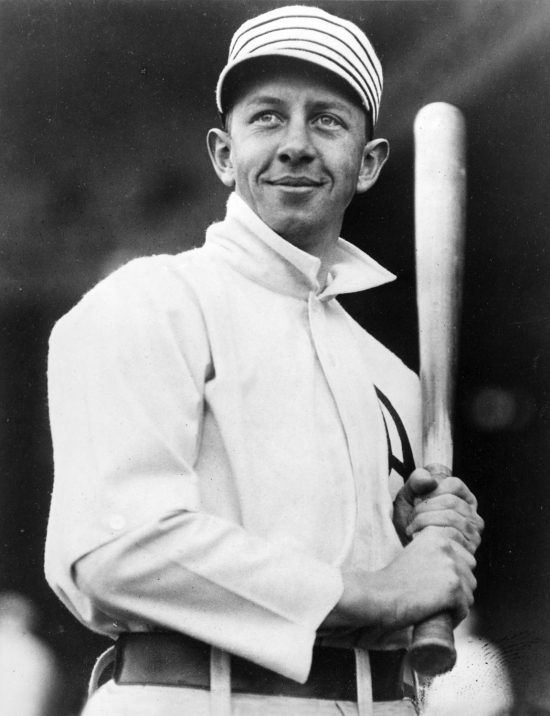 Collins would continue to hit well, consistently batting well over .300 and contending for the lead in Stolen Bases.  The Athletics would again win the World Series back in 1911 and 1913, and from 1912 to 1914, he was the league leader in Runs Scored. He would also win the MVP in 1914.

The Federal League was formed in 1915 and were offering larger contracts to National and American League players.  The A's offered a large one to Collins, who turned it down, and he was sold to the Chicago White Sox.  With the Chi-Sox, he would collect another 2,007 Hits over 12 seasons before he would return in 1926.

Collins was a player/coach now, and he didn't play much, in the four years in which his second run lasted, he barely played at all. He was, however, on the roster when the A's won the 1929 and 1930 World Series, making him the only player in franchise history to win five World Series rings with the team.  He would cease his playing career after 1930, and he would overall have 1,308 Hits with a .331 Batting Average.

Historically speaking, Collins is the only player in MLB history to have spent at least 12 seasons with two different teams.

Collins would enter the Baseball Hall of Fame in 1939.