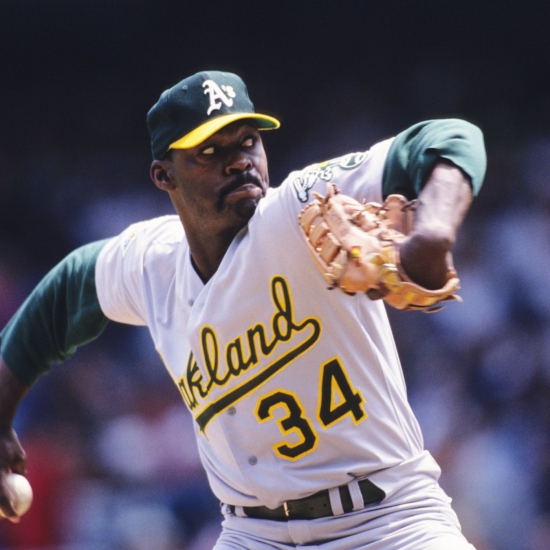 Less than a month ago, Dave Stewart was asked on Twitter by a fan when the Oakland Athletics planned to follow through on his retirement.  His response shocked A’s fans and Baseball alike:

I have no idea what the A’s are doing. At this point they can just retire the number with no celebration as far as I’m concerned. Come to the park and it will be on display with the other retired numbers. If you find out something before I do, please let me know?”

Oakland had announced in 2019 that the team would retire Stewart’s number in 2020, but COVID-19 but a squash to that.  No announcement took place over 2020 and 2021, and it appeared that the Athletics marketing team forgot all about Stewart.

Obviously, they mended fences, and on September 11, during Oakland’s game against the White Sox, Stewart’s #34 (which he shared with Rollie Fingers and was already retired) will be officially honored by the team.  Stewart becomes the sixth man to have his number retired, joining Fingers, Rickey Henderson, Dennis Eckersley, Catfish Hunter and Reggie Jackson.

We are looking forward to seeing this ceremony, and we are happy to see Dave Stewart obtain this accolade.

More in this category: « Our All-Time Top 50 Chicago White Sox have been revised to reflect the 2021 Season Dolly Parton will accept the RRHOF induction if chosen »