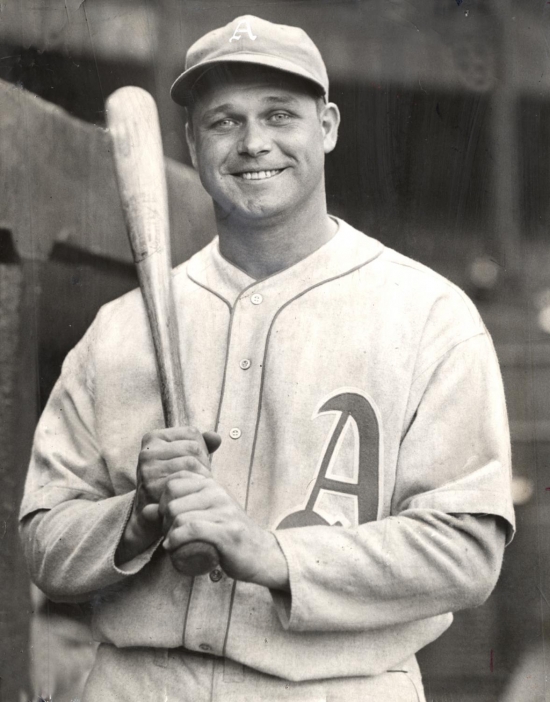 In 1929, Foxx would turn heads with a 33 Home Run year with a league leading .463 On Base Percentage.  This year, he would lead the offensive attack that would take Philadelphia to a World Series Championship.  Foxx and the Athletics repeated their World Series accolade in 1930 and would appear in the 1931 Fall Classic again, though this time, Philadelphia would lose to the St. Louis Cardinals.  In the three World Series that Foxx appeared in, he would bat .344 with four Home Runs.

The post-season appearances would end for Foxx, but his personal best was yet to come.  In 1932, Foxx won his first Home Run Title with 58 taters.  He would also lead the American League in Runs Scored (151), Runs Batted In (169), Slugging Percentage (.749), and OPS (1.218), all of which were career-highs.  This extraordinary year would win Foxx the MVP Award, an accolade he repeated in 1933.  That season, he again won the Home Run and RBI title (48 and 163 respectively) and captured his first Batting Title (.356).

Foxx remained an offensive beast in his next season, winning another Home Run Title (36 in 1935) and winning his third Slugging and OPS titles in four years.

If there was a weakness with Foxx, it was that he struck out a lot and led the league in that less than desirable metric five times as an Athletic.

Foxx would enter the Baseball Hall of Fame in 1951.