The 2019 Naismith Basketball Hall of Fame Class is Announced 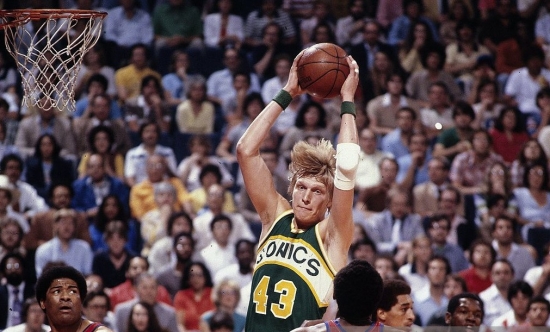 Carl Braun:  Braun played at Colgate University and played 12 of his 13 seasons with the New York Knicks where he was a five time All Star (1953-57).  He would win the NBA Championship in his last year as a player, 1962 with the Boston Celtics.

Bill Fitch:  Fitch coached at Coe, North Dakota, Bowling and Minnesota before jumping to the pro ranks where he helmed the Cleveland Cavaliers from 1970 to 1979 and was the organization’s first Head Coach.  He would later take over in Boston and he took them to the title in 1981.  He finished out his career with coaching stints in Houston, New Jersey and the Los Angeles Clippers and had a career record of 944-1,106 and was a two time Coach of the Year (1976 & 1980)

Jack Sikma:  A two time NAIA All-American at Illinois Wesleyan, Jack Sikma split his pro career for the Seattle SuperSonics and the Milwaukee Bucks where he helped the latter win the NBA Championship in 1979.  He was a seven time All Star.  He was ranked #3 on our last Notinhalloffame.com list.

Teresa Weatherspoon:  Witherspoon led Louisiana Tech to the NCAA Title in 1988 and won the Wade Trophy along the way as the nation’s top player.  She was a six time Italian League All Star and a four time WNBA All Star and was twice named the WNBA Defensive Player of the Year.  She also helped the United States win Olympic Gold in 1988.

We here at Notinhalloffame.com would like to congratulate the Naismith Basketball Hall of Fame Class of 2019.

More in this category: « Six Names leaked for the Basketball Hall of Fame Jamaal Charles says he is a Hall of Famer »