Brooks and Dunn named to the Country Music HOF 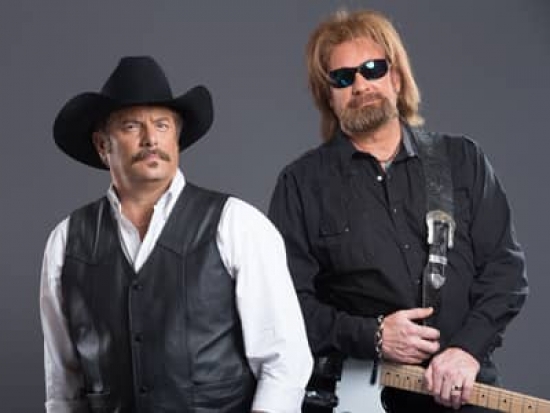 The Country Music Hall of Fame has announced three new members into their establishment with Brooks & Dunn, Ray Stevens and Jerry Stevens being named as the Class of 2019.

Formed in 1991, the duo of Kix Brooks and Ronnie Dunn would become of the most successful country music acts of the last 25 years.  They released 11 albums and had 50 songs reach the Billboard Country Chart, with 20 of them going number one.  They enter as the Modern Era Artist category.

Ray Stevens is this year’s Veterans Era category inductee.  Stevens has a long history in music with country hits and crossover pop/comedy hits.

Jerry Stevens enters in the non-performer category.  He was a longtime producer of the famed Bradley family.

The Country Music Hall of Fame was established in 1961 and is located in Nashville Tennessee.

We here at Notinhalloffame.com would like to congratulate the newest members of the Country Music Hall of Fame.

Kirk Buchner, "The Committee Chairman", is the owner and operator of the site.  Kirk can be contacted at [email protected] . Email This email address is being protected from spambots. You need JavaScript enabled to view it.
More in this category: « Haloti Ngata Retired The WWE Warrior Award HOF recipient is announced »